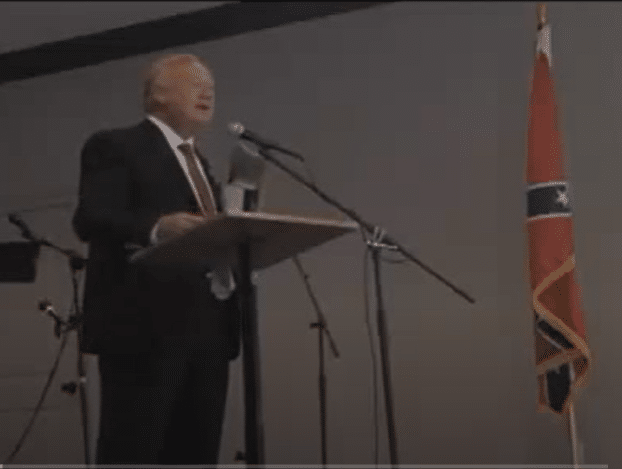 The GOP just gets lower and lower.

Yesterday, GOP voters in Maryland elected Michael Peroutka to be their standard bearer in November’s race for Attorney General. Long time readers of this blog might recall many articles here about Peroutka’s involvement with the racist League of the South. The League was one of the white nationalist organizations involved in the Charlottesville riots in defense of the Confederate statues there. They have a long history of racist demonstrations and agitation. One of the stated objectives which Peroutka has been quite vocal about is Southern secession. I have a load of info about him and his Institute on the Constitution here and here.

While there are quite a few posts that come to mind on the occasion of his primary win, this one came to mind first. Once when speaking at the League of the South annual convention, Peroutka closed his part of the program by asking the audience to stand for the “national anthem.” However, instead of singing the U.S. national anthem, he led the audience in a rousing rendition of “Dixie.”

Here is the video:

Peroutka has said he isn’t in the League anymore. He has repudiated racism and said he didn’t see racism while he was in the League. Well, if you believe that, maybe you’ll believe Dixie is the national anthem.