The messaging of Mars Hill Global after 2012 was ambiguous at times. However, Driscoll here and Sutton Turner  in a video that can still be seen on the Mars Hill website made the message very clear that international work was the primary focus of Mars Hill Global. Turner said with an Ethiopian church in the background:

Mars Hill Global is the arm of Mars Hill Church that makes disciples and plant churches all over the world.

After touting their translation work, Turner solicited money from both Mars Hill members and people outside the church.

So whether you’re a member of one of our Mars Hill Church locations in the United States or you’re one of 100,000 podcasters every single week, We encourage you to pray about giving above and beyond your tithe to Mars Hill Global.

Even though Turner later in 2014 tried to reframe Mars Hill Global into only people outside the church, the new message was at odds with what was proclaimed before sermons throughout 2013 and early 2014.
Donor intent is signaled by the choices that donors make when they give. Up until May 2014, donors had the ability to select the Global Fund or the Mars Hill general fund for their donations. See again this video demonstration:
[youtube]http://youtu.be/a4EFX3-RXyg[/youtube]
Global Fund
According to recent communications from Justin Dean, Mars Hill spokesman, the Global Fund wasn’t a fund. Even though it was labeled as a fund as distinct from the general fund and had its own accounting code, church leaders have crafted a story that considers the Global Fund a restricted fund before 2012 but not a restricted after 2012. However, they didn’t tell donors that the fund was not restricted in the minds of church leaders until I started writing about the Global Fund in 2014.
I have recently obtained some accounting information which demonstrates again that donors designated money to the Global Fund. This particular donor (name redacted) gave to both the general fund from a campus location and to the Global Fund (GLO).

“History” above refers to the location of information about that donation in a prior accounting software package used in early 2012. I have redacted many donations between February and October. The donations in October were made on behalf of U-District (10/21/12) and the Global Fund (10/23, 10/9).  Apparently those funds were designated for those accounts but it can’t be determined from this document if they were spent for those purposes.
Time is running out for current Mars Hill leaders and those involved with them (Soma leaders) to do the right thing and disclose the actual giving to missions. From what Mars Hill leaders have already said, we know that missions did not get funding commensurate with the amount of branding and attention Ethiopian and Indian pastors received in Mars Hill media solicitations throughout 2012 to 2014. Now as the church dissolves, shouldn’t those pastors get some of those funds? Even if they don’t get the money raised through the Global Fund, shouldn’t what is left upon dissolution (possibly in the neighborhood of $20 million) be divided 12 ways, with a portion for the Indian and Ethiopian pastors?
Former and current Mars Hill members and interested parties, can I get a witness?
While you’re thinking about it, please re-read the Global Fund memo which outlined the plan to use mission projects to raise money. 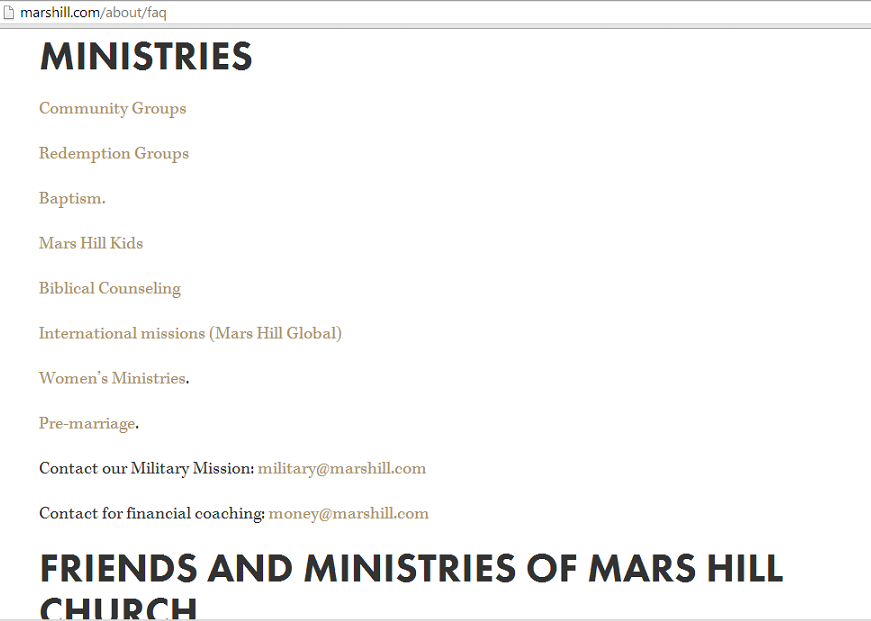