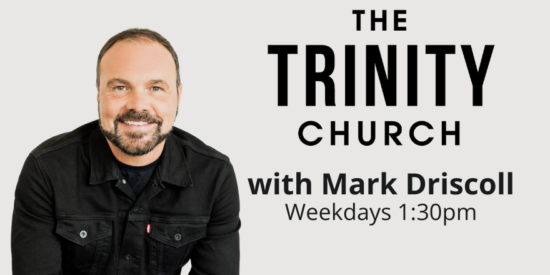 Mark Driscoll and his religious business The Trinity Church has a show on Salem Broadcasting Network. In essence, it is a replay of him speaking to his congregation.

Some of the former members and staff of The Trinity Church are bothered that their former pastor is promoted by this show and so they wrote to Salem Broadcasting’s affiliate Faithtalk 1360 in Phoenix to complain. They were represented by Chad Freese who was director of security at the Driscoll church until he quit a few weeks ago.

This in itself is noteworthy because The Trinity Church exiles are following a similar pattern as the former Mars Hill Church members who felt harmed by their experience at the Seattle church. However, what I want to focus on is the reply of Marc Lucas Local Ministry Director at the station. Chad gave me the following email reply:

One of Mark Driscoll’s long time associates and damage control guru — Randal Taylor — just happens to work for the Dunham Agency. Taylor is also on the board of both Real Faith and The Trinity Church.

Prior to joining Dunham, Taylor worked with Driscoll and Mars Hill Church on video production and public relations messaging. According to former Mars Hill elders I spoke with, Taylor was involved in crafting the videos of Driscoll attempting to do damage control as Mars Hill slipped into crisis mode throughout 2014 (e.g., the “anonymous” video). Gradually, he became a trusted advisor for Driscoll.

Thus, Taylor was involved in damage control at the former church and may be involved in the same activity now. While I can’t prove this (since nobody sees financial statements at The Trinity Church), it is quite possible that The Trinity Church and Real Faith are clients of the Dunham Agency. I asked Marc Lucas about the conflict interest but heard no reply from him.

(Well, scratch the above because it appears the Dunham & Company is a “partner” with Mark Driscoll. In other words, they work or worked for him getting his Real Faith rebrand off the ground.) Watch:

The fix is in.

In any case, if the radio stations maintains this stance, it is clear they have no intention of taking the listener and former member complaints seriously. To my way of thinking, dismissing these concerns would be a mistake. I suspect these complaints could escalate and find more supporters, especially from the Northwest.

UPDATE: Here is another indication of Dunham’s work for Driscoll. 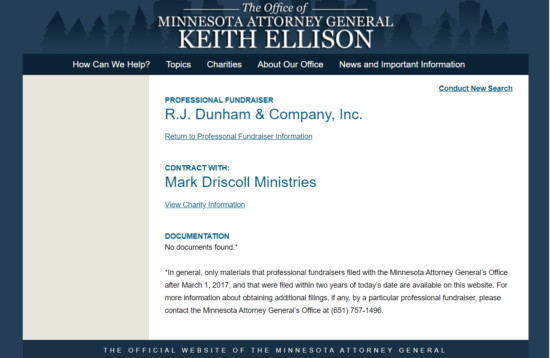