Update: The entire video was available on the Mars Hill website but since the church is now closed, it is no longer available there. You can view it below, hosted on YouTube.

Saying he wanted to give the church an update on “one of the deepest learning seasons” of his life, Mark Driscoll delivered a 30 minute video message via the Mars Hill weekly update yesterday.  Without giving many details about “the season,” Driscoll hinted at several issues but ignored others. 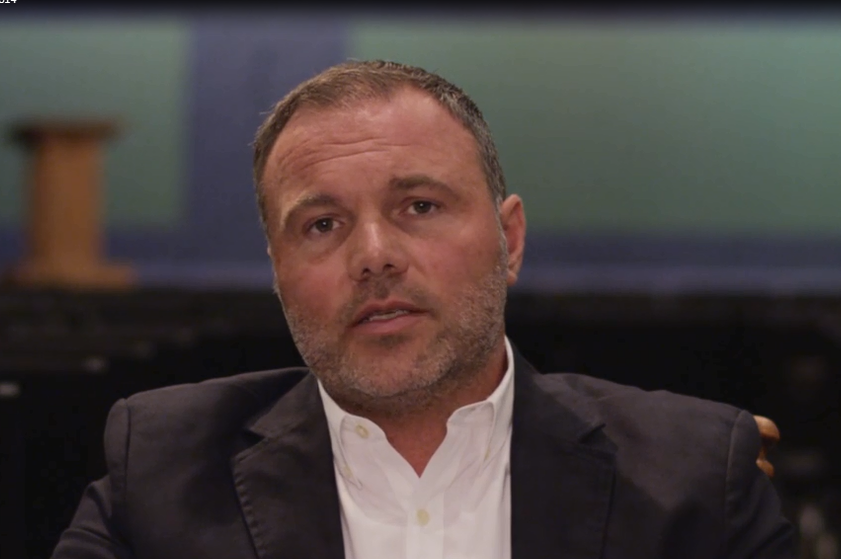 He said communication with the church had not been sufficient so the leaders started the weekly update series. Driscoll’s update was being delivered now before he left for his customary summer vacation.
Driscoll said he and the leaders had been silent recently in order to determine the nature of the problems. Calling the time “overwhelming and a bit confusing,” Driscoll said the leaders weren’t sure what was happening. He added that he wanted to make a godly response and submit to the authority of the Board of Advisors and Accountability.
Driscoll said, “A lot of the people we were dealing with in this season remain anonymous, and so we don’t know how to reconcile or how to work things out with people because we’re not entirely sure who they are.” This is a puzzling statement. Numerous people have contacted Mars Hill by name with their concerns with little response from the church.

Driscoll referred to the times of organizational change during 2006-2007 and 2011-2012. He said those changes were made in response to church growth but added that he now believes that he could have handled those changes in a more “sympathetic” manner. He said the changes had some “adverse personal implications for the people and the leaders who were involved.” Some people “were hurt,” Driscoll said, and “as a result there is a group of largely anonymous former leaders of our Mars Hill Church family and we want to reconcile with those men, our brothers in Christ, and so we have opened up a process that has been underway, and it is a relational reconciliation process, where an independent outside ministry, that’s part of the Peacemakers ministry is involved.”

Driscoll said the church was inviting the leaders in to speak to the Peacemakers team. Of course, it was the 20 former pastors that requested the process after efforts to get a hearing were denied. Driscoll said the process would go on until September. He added that they are not free to speak about the process because of the confidentiality requirements of Peacemakers.
Driscoll said that in the future the church would be using Bible based covenants with pastors and staff rather non-compete and non-disclosure agreements. While this sounds like a departure or improvement, without being able to see what is in the “covenants” it is hard to evaluate whether or not this is a sign of change.

“We can’t respond to everyone, but we’re willing to learn from anyone,” Driscoll said about Mars Hill’s critics. While it is hard to take this seriously, it is clear that Mars Hill has changed the way they solicit donations as the result of my reporting on Mars Hill Global. If they were interested in learning or really being open to outside input, they could start by responding to requests for information, not just from me, but from donors to Mars Hill Global.

Driscoll told the congregation that he is learning the value of mourning and lamenting, that his empathy for women and children is higher than his empathy for other men and that he wants to be a more effect “spiritual father.” He assured the church that he did not plan to leave Mars Hill because he believes he is where he is supposed to be.  Even though the congregation has no vote on Driscoll’s tenure, he thanked the church for allowing him to teach the Bible at Mars Hill.

Driscoll closed with a request for prayer that he would not respond with impatience or pride.

On the whole, this address was very short on specifics and completely ignored issues surrounding the financial problems of the church and the controversy over Mars Hill Global.  It seems to be an effort to calm the nerves of a rattled congregation. My sources inform me that attendance has taken another dip and giving continues to trend downward.  Probably the executive elders believed the people needed to hear from Driscoll.

I may be able to make some of the video available soon.

A transcript of the video is available here.