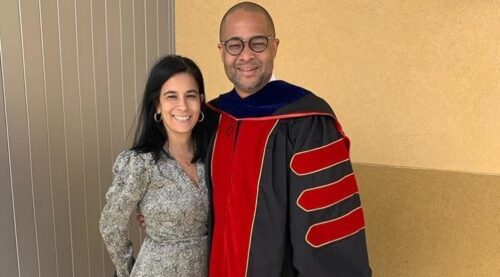 Recently, I have been looking into diploma mills and questionable doctorate degrees given to celebrity Christians. One such celebrity is Darrell Scott. 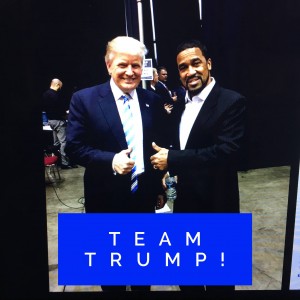 In two weeks, Cleveland pastor and Donald Trump supporter Rev. Scott will be honored by former Cleveland Browns running back Jim Brown’s charity Amer-i-can for his work in support of Trump’s election. Throughout the presidential campaign, Scott promoted Donald Trump. He served as CEO of the National Diversity Coalition for Trump. Scott was rewarded for his efforts by an appointment to the executive committee of Trump’s transition team.

On his church bio, Scott describes himself as

Twenty-first century theologian and scholar Scott did get an honorary doctorate in 2004 (since deleted but archived here) from St. Thomas Christian College (now University). However, his bio is worded in a way that creates the impression that he earned the degree. As noted above, Scott uses the title “Dr.” in referring to himself which is inappropriate and misleading since the degree was not earned.

St. Thomas is currently unlicensed in the state of Florida. In Florida, religious colleges can be exempted from state licensing if they file a request for exemption (see this post for the process). St. Thomas is not on the list of exempt schools maintained by the state. A representative of the Commission on Independent Education told me this morning that 2014 was the last year St. Thomas had filed for exemption. Chancellor Jackson said the school needs to update their paperwork.

Mr. Scott appears to be using his degree from an unaccredited school to create an impression that he earned a doctorate. He joins other celebrity Christians such as David Barton, Joyce Meyer, T.D. Jakes, and and Lance Wallnau who use questionable degrees in a questionable manner.