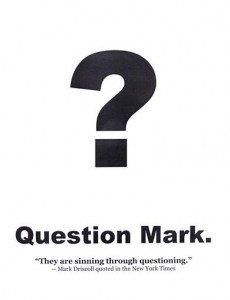 A group called “People Against Fundamentalism” plans to protest Brian Houston’s decision to bring Mark Driscoll to the Sydney Hillsong Conference this summer.
According to the group’s website, the protest will take place on May 31 at the Sydney church’s Waterloo campus.
Protests may also occur in London where Driscoll is slated to speak in July. A petition asking Hillsong to remove Driscoll as a speaker has garnered nearly 1,000 signature on Change.org. Pastor Houston issued a statement indicating that Driscoll is not going to speak but share what he has learned in an interview with Houston.
Driscoll’s recent activities may signal his stance at Hillsong. At Bayside Church two weeks ago, Driscoll spoke about forgiving those who wrong him but said next to nothing about his part in the demise of Mars Hill Church. Then, just this past weekend, Driscoll failed to correct Gold Creek Community Church pastor Dan Kellogg when Kellogg claimed that Driscoll’s was “completely mistreated by former staff people.”