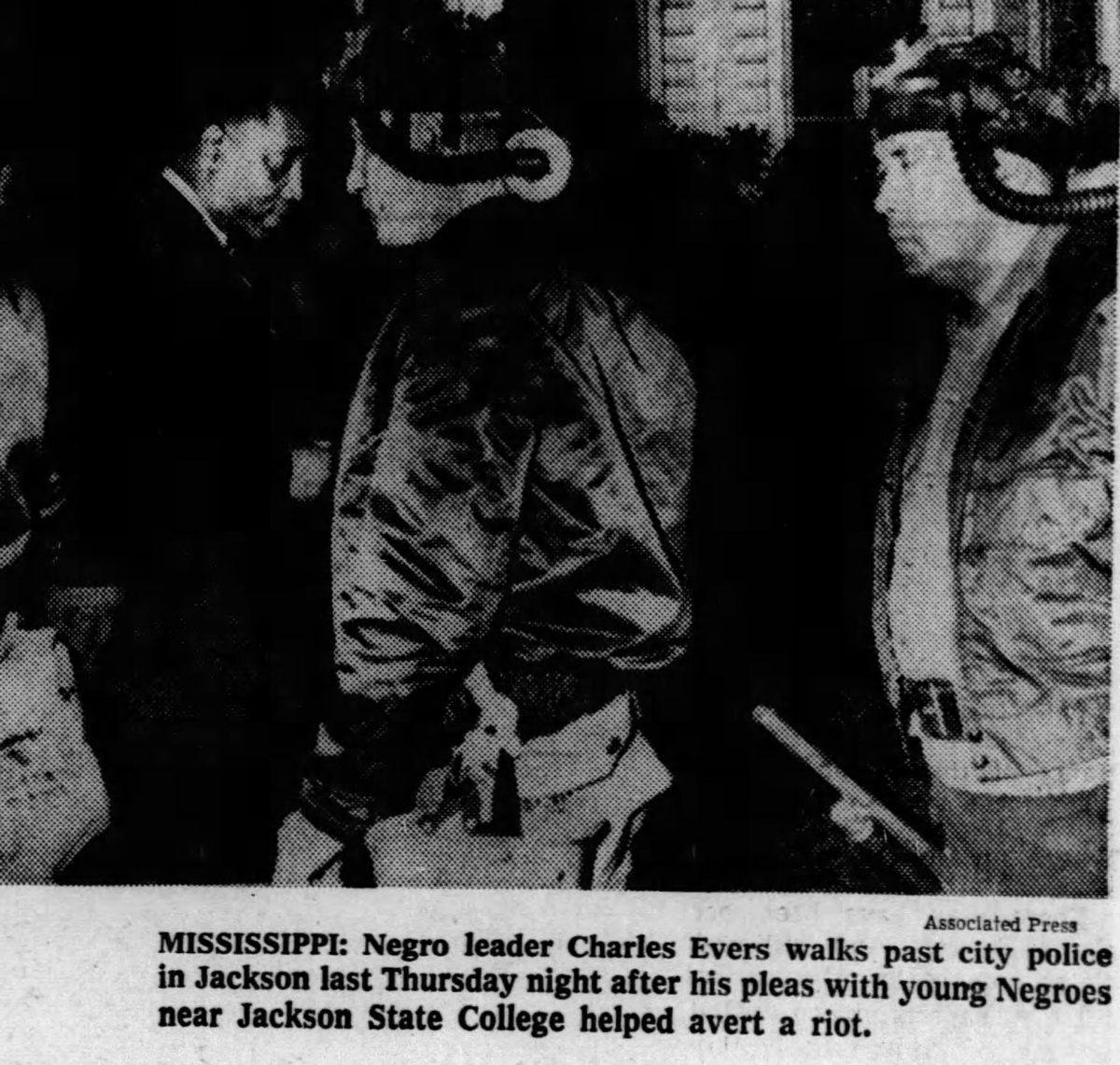 Recently, I posted a statement from the John and Vera Mae Perkins Foundation regarding the night of Martin Luther King Jr’s murder. Since 2007, John MacArthur has publicly stated that he traveled from Jackson, MS to Memphis, TN the night MLK was murdered. His stories strongly imply that his companions on that trip were civil rights icons John Perkins and Charles Evers, as well as other unnamed African-American people. Charles Evers has denied this and the Perkins Foundation’s representative told me that Evers’ statement is accurate. At the same time, the representative (John Perkins’ daughter Deborah) declined to make any statement about her father’s travels on that night.

Charles Evers has told at least three different stories about that night. He has said he was on his way to Natchez for a meeting and heard on a car phone that King was killed. He also said he heard it on the radio while in the car. He said on one occasion that he was with Bobby Kennedy in Gary, IN when he heard about the murder. However, he never said he was with John MacArthur in Jackson, MS when he heard the news. He told me when I interviewed him that he may have gone later to Memphis but not on the night of the murder.

In his various accounts, Evers said that he returned to Jackson after he heard the news and denies going to Memphis. This much can be confirmed. Some specifics might be lost to time but we can place Evers in Jackson after the murder according to newspaper accounts.  In this April 5, 1968 Greenwood (MS) Commonweatlth news article, it is clear that Evers is in Jackson helping to quell violence until late in the evening of April 4 (this article helps establish the time). 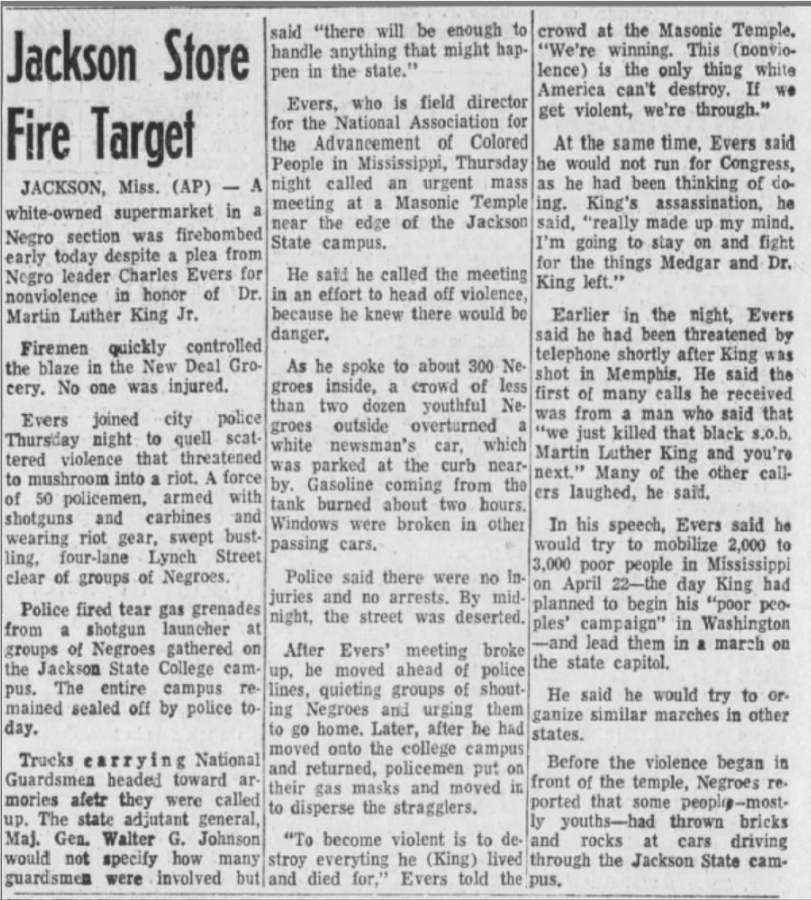 While he could have gone to Memphis in the small hours of April 5th, it appears that Evers remained in Jackson on the evening of April 4.

According to a short piece in a St Louis daily, Evers was supposed to speak at a NAACP event in St. Louis on Friday night April 5th. However, he didn’t make it due to illness. 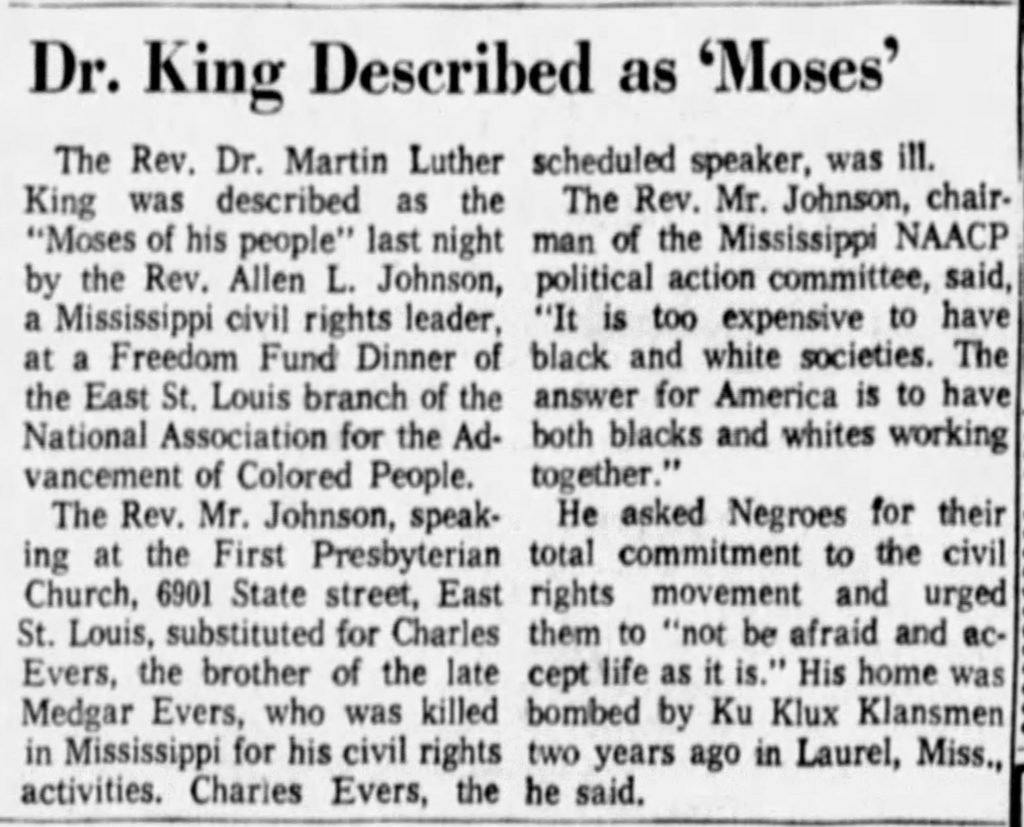 While it isn’t certain that Evers was in Jackson, the location of this UPI article is listed as Jackson. The interview would have taken place on Saturday April 6. 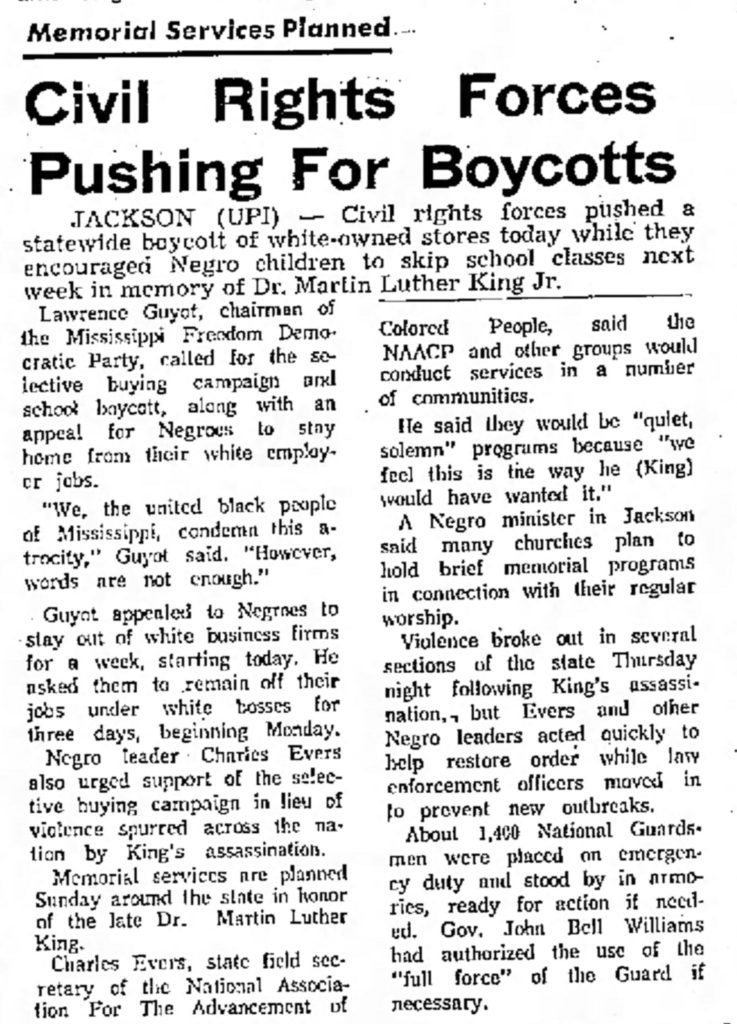 In this April 8, 1968 news article a photo was published of Evers with Mrs. King at the funeral which took place on April 7 in Atlanta. 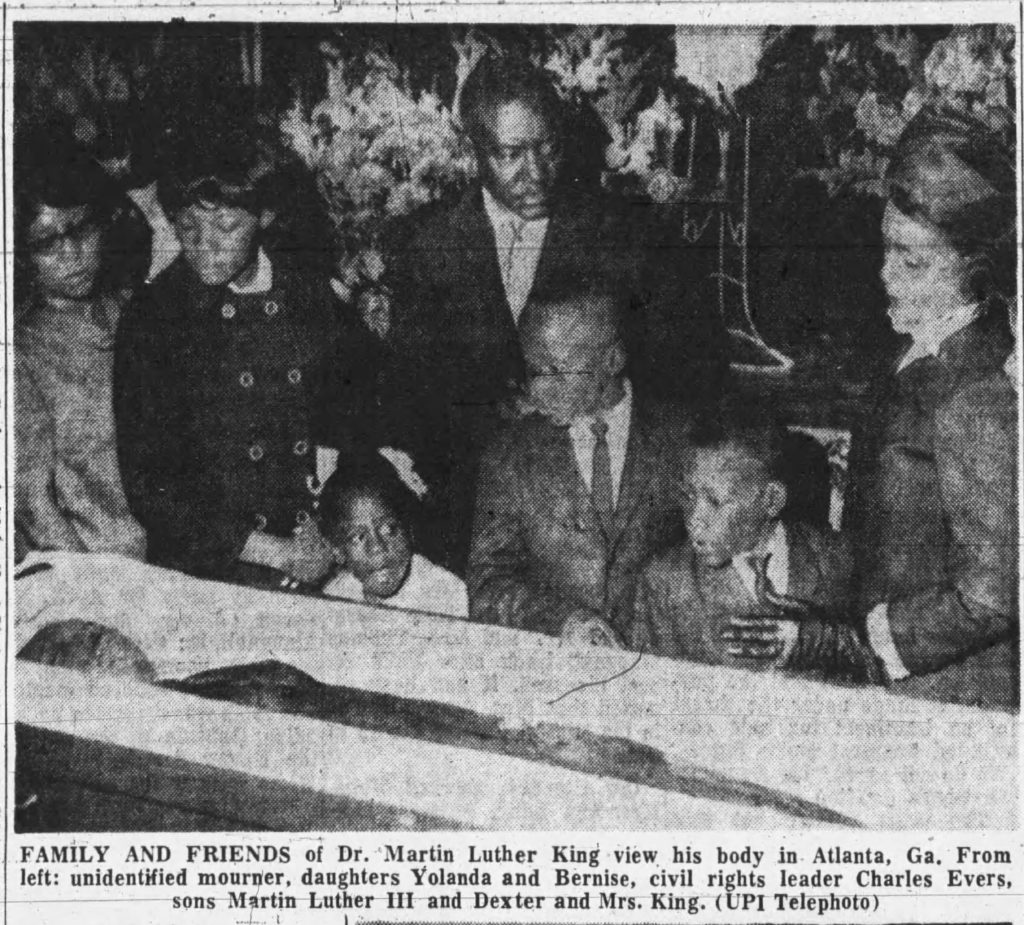 None of these clippings conclusively disprove John MacArthur’s story. Taken together, they do provide evidence that Charles Evers was probably in Jackson from the time he heard about the death of King until he went to King’s funeral.