This is the same news as I reported yesterday but with a twist. The organization which funnels money from all over the world to India — Gospel for Asia — is at the center of two racketeering and fraud lawsuits brought by former donors in Arkansas. The founder of GFA and Believers’ Church in India (the main recipient of GFA’s funds) — K.P. Yohannan — is a defendant in the lawsuits. So is his wife and son. One of those suits was cleared by a federal judge to proceed with discovery and to hold a jury trial slated for April 15, 2019.
This is actually bigger news in India than in the U.S.
Despite being the second largest mission organization in the nation, GFA isn’t well known in the U.S. However, in India, Yohannan is a rock star. He has met with the prime minister, regularly entertains politicians, and is the temporal and spiritual head of Believers’ Church, which owns billions of dollars in assets and claims over 2 million members. Think of the most famous religious figure in the U.S., and K.P. Yohannan is a comparable figure in India.
On church publications, Yohannan goes by His Eminence the Most Rev. Dr. K.P. Yohannan. 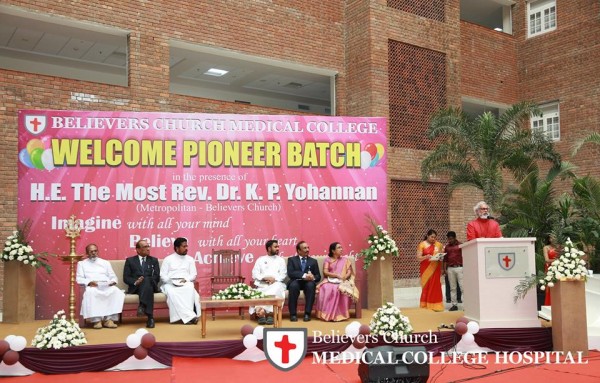 Yohannan’s religious empire includes over a dozen secondary schools, a medical school, an engineering school, a finance company, a soccer team, three hospitals, and a broadcasting company. Most of these ventures are for profit. Unless the parties settle out of court, Yohannan will no doubt be put on the witness stand in Arkansas and forced to answer questions about money smurfing American cash to India, a $20-million transfer from an Indian affiliate to complete construction of the American headquarters, funds not showing up in reports, board members being forced out in Canada and a host of other issues. 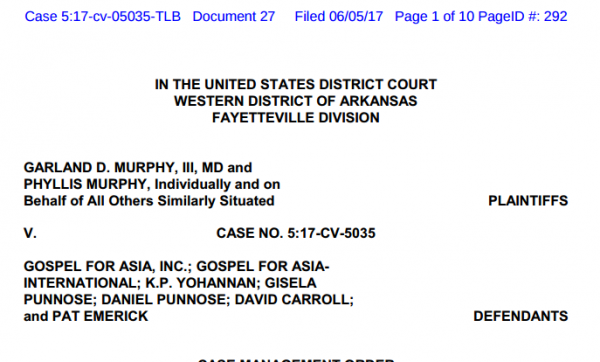