Barton agrees when Conover says, “they’re offering not just a Bible as history class but it’s literally a full on Christian class.” Understandably, Conover seems surprised by this.
According to the president of the Council, the purpose of the course is not religious indoctrination. 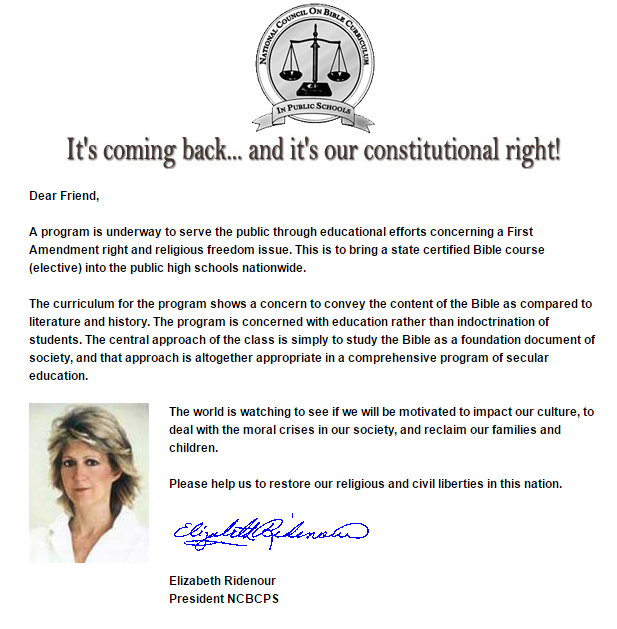 The conversation between Conover and Barton suggests that Christianity is being taught by introduction of this Bible course. I realize that in most schools the course is an elective. Nonetheless, I don’t want public schools taking sides on religion. I doubt Barton would be fine with the scriptures of other religions being taught as religion, elective or not. Can you imagine the outrage if Conover had said, “it isn’t just the Qu’ran as history, it is a full on Muslim class”?
The Bible and religion may be studied in the same manner as other subjects. However, evangelism and sectarianism (which is happening) should be off limits.