Jason Watkins, a former auditor with a Big 4 accounting firm, has constructed an image depicting the findings of his review of information regarding Gospel for Asia’s finances for the last eight years. The image speaks for itself: 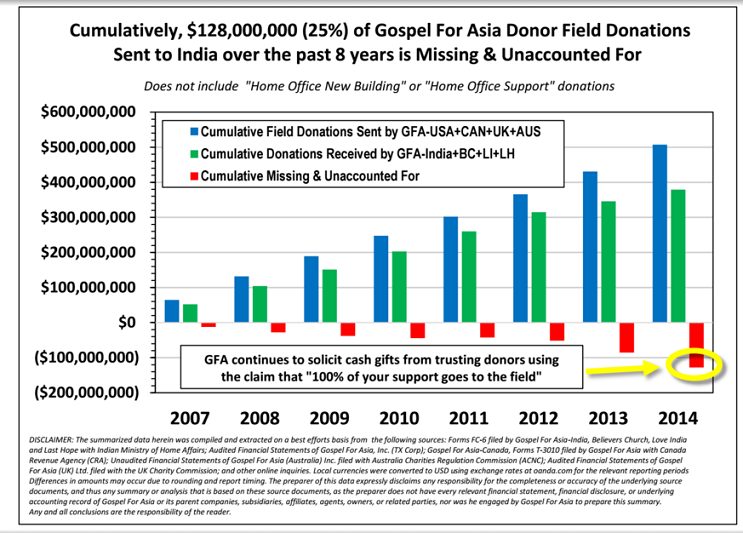 This is an issue I have been raising since June. To date, no explanation has been offered for why the amount reported by GFA as being sent to India isn’t reported in India public documents. Even after nearly 6 months, I am receptive to an explanation from GFA. Thus far, there has been no answer. Obviously, this is a huge red flag and should be addressed by the GFA board and leadership.
Note: The chart above replaced a similar chart in the original post. The captions have been expanded to make the explanation clearer. The figures are the same.