The fourth largest church in America is in the midst of what has been called a “pruning.” According to sources in a position to know, Gateway Church is in the midst of gradually laying off one-third of current staff. According to sources who wish to remain anonymous to avoid repercussions, Gateway leaders are downplaying the layoffs, calling them a “healthy pruning.” Without referring to the downsizing, Gateway is offering a resume writing workshop to help to those who have been “laid off or fired.” 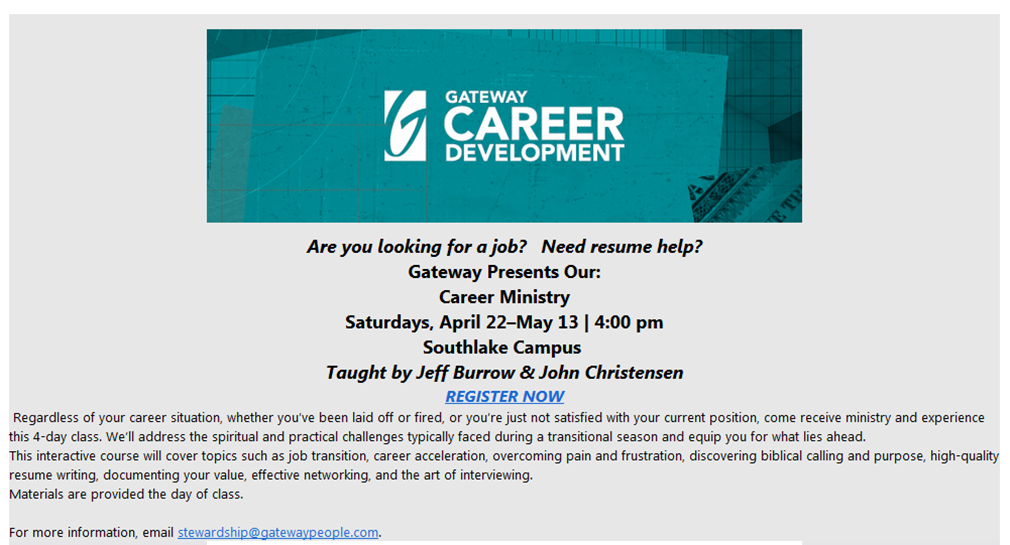 While the classes will no doubt be helpful, it is worth asking: Why does a church which took in over $127-million in revenues in 2016 need to lay off staff? Gateway’s annual report for 2016 is below: 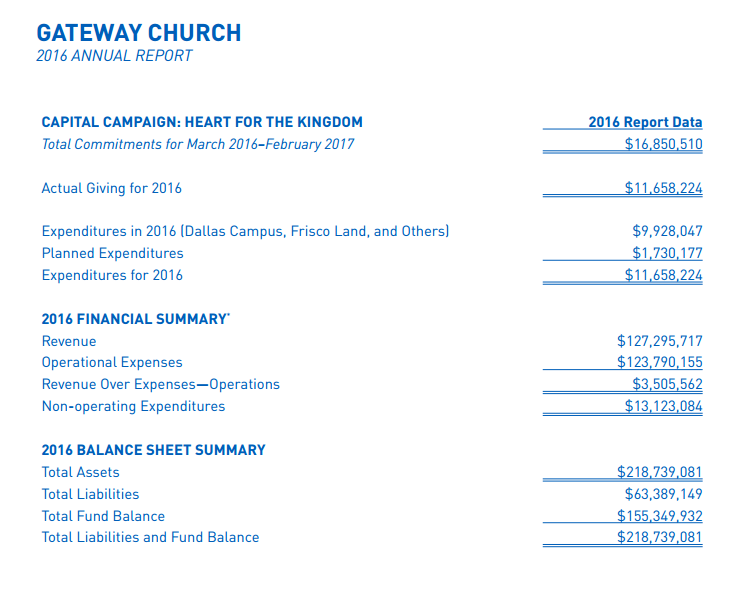 First of all, it is worth noting that Gateway is a massive enterprise with a fund balance of over $155-million. At first glance, I have a hard time understanding why Gateway makes their youth group pay for their mid-week pizza snack and is downsizing operational staff. Gateway has not responded to my questions about the matter.
Curiously, Gateway reports $13,123,084 in “non-operating expenses.” Non-operating expenses refer to funds spent not in keeping with an organization’s mission.  As a non-profit, Gateway is supposed to spend donor funds on mission related purposes. If the non-operating expenditures were shown as a deduction from the “revenue over expenses-operations” as was Gateway’s practice in prior years (e.g., 2015), the statements would show a combined spending in excess of revenues (a net loss) of $9,617,522. It appears that Gateway altered their presentation to make the loss less obvious to statement readers. While non-operating expenses can refer to interest payments and other permitted purposes, it is fair to ask why there is no description of these expenses which comprise just over 10% of 2016 revenues.
Possible Non-operating Expenditures 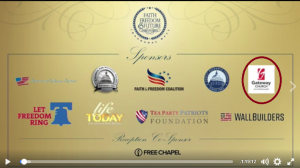 During 2016, Gateway’s founder and Lead Pastor Robert Morris was a vocal supporter of the GOP and now serves on Donald Trump’s advisory committee. Gateway Church helped sponsor a inaugural ball for Donald Trump which took the Morris’ away from their annual January churchwide fast. At the same time, Gateway Church began charging the youth group for their weekly pizza snack at meetings. While the youth group paid for their pizza, the Robert and Mrs. Morris were spending Gateway’s funds on a pricey inaugural gala. With Trump winning the presidency in November, it seems likely that some of those sponsorship funds would have been committed from 2016 revenues. Listen to Tony Perkins thank the sponsors of the gala which celebrated “the great victory.”

In September 2016, Gateway sponsored and hosted a Solemn Assembly of Christian right pastors to pray for the nation. Although the event was a downsized version of the original plan (75,000 pastors in Cowboy stadium), the promotional video makes it clear that the event sought political change through a religious event. Is any of this political activity in Gateway’s non-operating expenses?
[youtube]https://www.youtube.com/watch?v=ljR6pOifHoY[/youtube]