Last year, I reported that the International Healing Foundation struck gold in 2011 with an apparent donation of over 500k. Some of the money was used to promote a video for schools.  However, salad days have returned for IHF as the current 990 form shows they burned through the rest of those funds in 2012 leading to a loss for the year of just over $202k. Another question raised by the 2012 990 relates to the nature of their services in 2012. From the 990, it appears that IHF is claiming that they did very little, if any, counseling.
First, let’s look at the year’s summary as compared to last year. 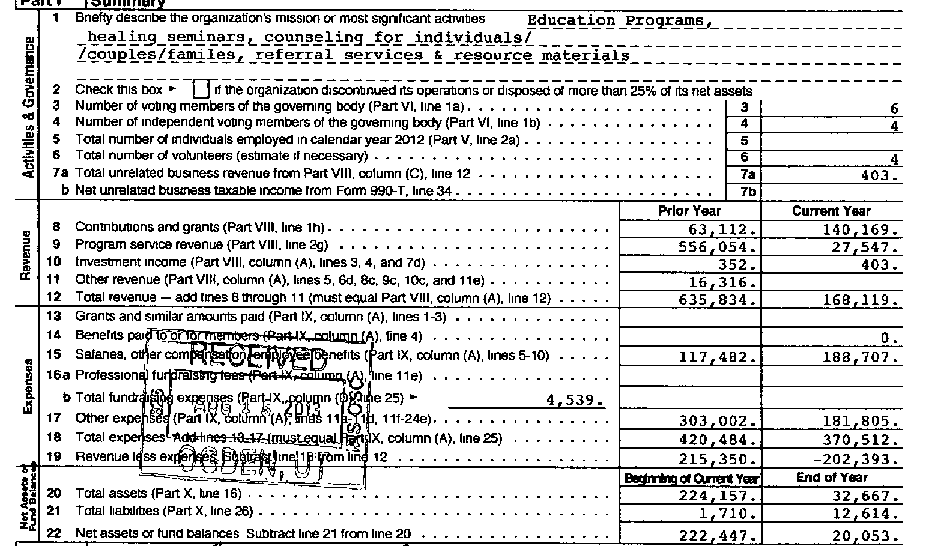 First, IHF saw a dramatic drop in total revenue from 2011 to 2012. Second, while contributions increased substantially, program fees nearly dried up. Program fees represent client payments for workshops, counseling sessions and any other professional services conducted by IHF. Year to year, it appears that IHF lived off of what they made in 2011. IHF spent 202,393 more than they received in 2012.
Next, examine the description of revenue for 2012: 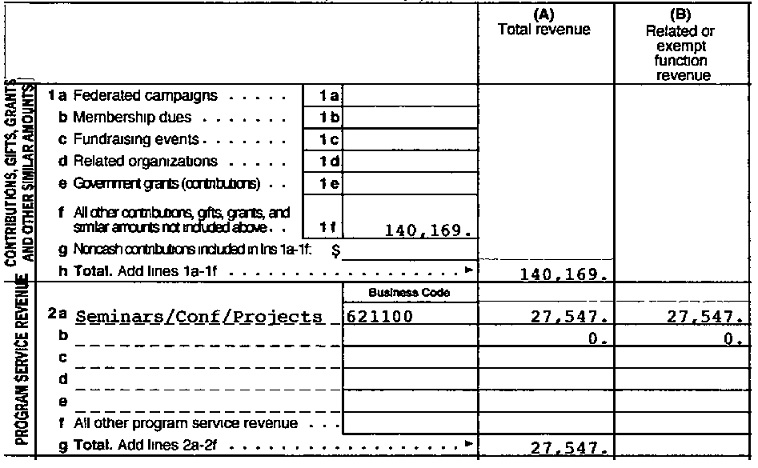 IHF claims just over $140k in gifts and donations and $27,547 in revenue from services provided. The 990 preparer typed in “seminars/conf/projects” as the source of those funds. I am aware that Richard Cohen traveled around the world to speak and that IHF staff conducted workshops and seminars. However, what about the counseling sessions which IHF touts as leading to change in orientation? According to a former IHF client, the organization charges $125 per hour for counseling. At that rate, it is hard to understand how IHF is keeping a full time counselor busy.

I reached out to IHF Director Christopher Doyle to ask if perhaps they consider client fees to be donations or for any other information which would shed light on these figures. However, he did not reply. Perhaps IHF didn’t report counseling income on the 990. Or perhaps they weren’t very busy providing reorientation counseling services in 2012. If the latter is true, what did they do?

IHF founder Richard Cohen was being cited by Unification Church leader Hjung Jin Moon as being the foremost leader in the UC on homosexuality. Cohen also spoke in Spain at the World Congress of Families conference (not Unificationist).

IHF’s Chris Doyle appeared on the Dr. Oz show to claim that what IHF does is mainstream therapy. While that is a ridiculous claim, it may be true that very little therapy of any kind is actually taking place.