When Mark Driscoll appeared at Robert Morris’ Gateway Conference on October 20, he told some stories involving harassment of his family. Specifically, he said that rocks had been thrown into his backyard one morning after he and his kids had spent the night in a tent. Then Driscoll talked about a helicopter flying over head a few days later. Driscoll begins speaking about these matters at 3:20 into the clip.

At least one journalist, Dori Monson, initially reported that city officials of Driscoll’s home city of Woodway, WA were unaware of any such report. Although I have yet to hear it, I have been told that Monson has retracted that report. Given the police reports below, he did well to retract. While there is no evidence that the rock throwing report is related to Driscoll’s problems at Mars Hill Church, he did make the incident reports.

In order to clarify the record and with thanks to police officials there, I am posting the relevant and appropriately redacted police reports from the city of Woodway. Click the links below. 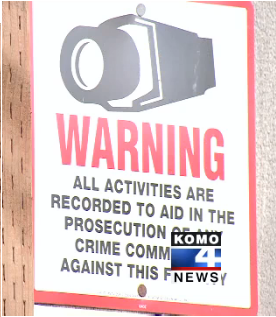 On the KOMO-TV News report, see this post. In the KOMO report, there is a shot of a sign on the gate which indicates cameras are recording the activities. The police report includes nothing about a check of any surveillance footage.