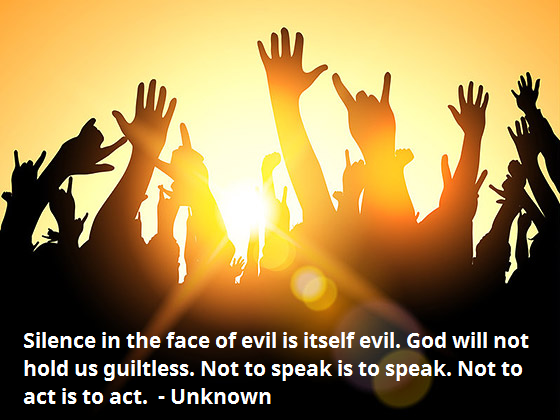 In late August, I published an examination of a popular quote commonly but incorrectly attributed to Dietrich Bonhoeffer:

The quote cannot be found in Bonhoeffer’s writings and no other primary source has been found.  The first appearance of the entire quote I can find is in a 1998 American Interfaith Institute newsletter. The newsletter reported on a museum exhibit featuring Bonhoeffer. The quote was placed on the Bonhoeffer exhibit with quotation marks as if Bonhoeffer said it but without any citation. The quote has been popularized by Eric Metaxas who still attributes the quote to Bonhoeffer even though he has refused to provide a primary source for it.

Today, I want to present a source for part of the quote which is earlier than 1998. In Robert K. Hudnut’s 1971 book, A Sensitive Man and the Christ, he makes a case that even a sensitive man must act when the need arises. 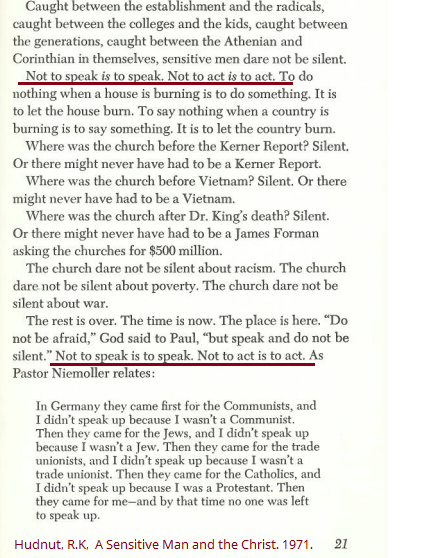 There are two aspects of this passage which may link it to the eventual misattribution to Bonhoeffer. One is Hudnut’s challenge for the church not to be silent in the face of social evils. The second is the reference to Niemoller and resistance to the Nazis. Through the frailty of memory and lack of citation, someone could have reworked this into a quote about the church not being silent and attributed it to Niemoller’s colleague, Dietrich Bonhoeffer.

For “God will not hold us guiltless,” one can find many references to that sentence by going to Google books and entering the sentence in quotes. The links returned go back to 1681.

The Hudnut quote was pointed out to me by a Twitter user. I would like to thank him but I can’t find the tweet. If my helper is reading, please identify yourself in the comments.