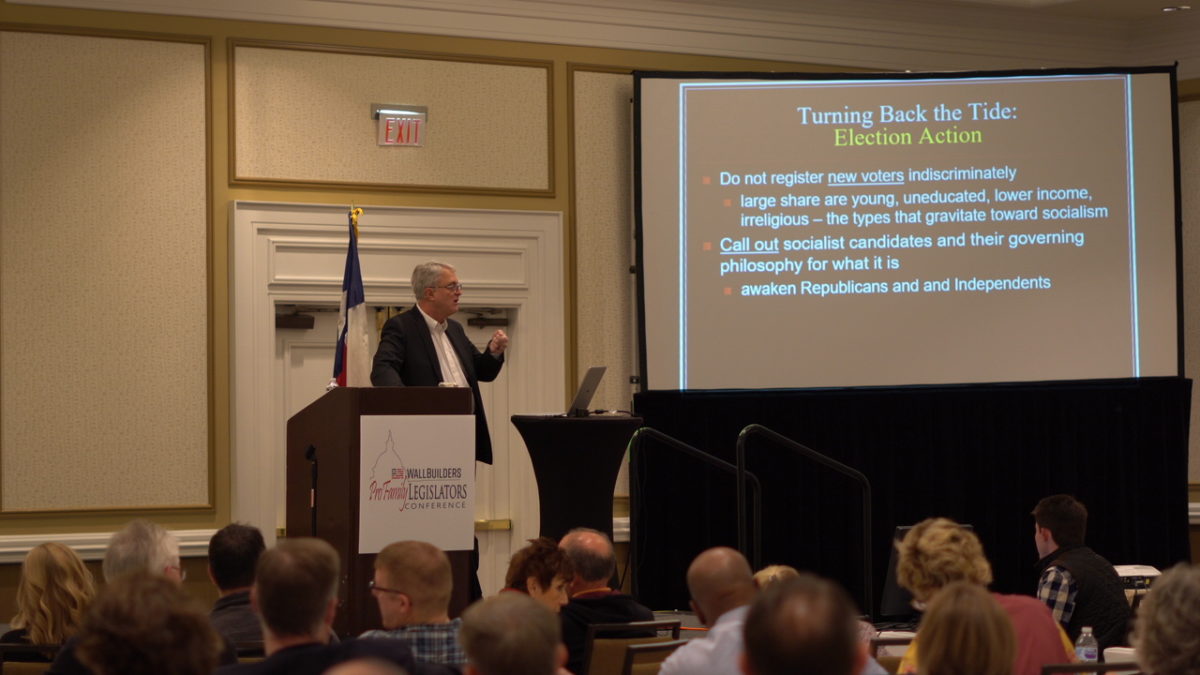 David Barton regularly hosts a strategy conference for state and federal legislators. For the version held this year in November, Barton posted photos which revealed some interesting details of the far right battle plan. I am surprised he posted this one: 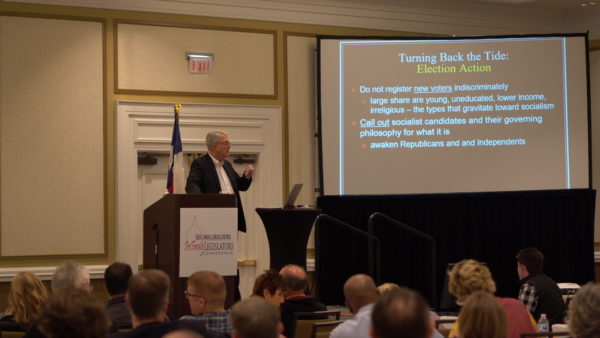 Take note of the slide being used by George Barna. I assume this is from a talk on election strategy, Barna’s slide encourages selective voter registration. The audience is encouraged not to register young, uneducated, lower income, and irreligious people. Barna told the audience that those groups gravitate toward socialism.

Another revealing photo from the conference gallery is this one of Lance Wallnau teaching lawmakers about 7 mountains dominionism. Simply put, this view of Christian involvement in culture mandates a takeover of seven aspects of society: Religion, Family,Education, Government, Media, Arts & Entertainment and Business. 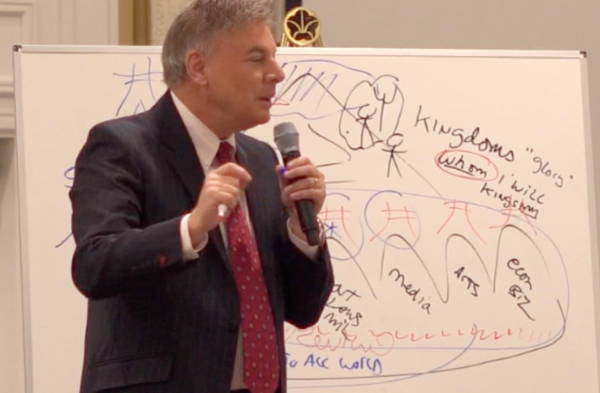 Wallnau is clearly teaching the legislators about the seven mountains mandate. Since these Christian legislators are considered government level apostles, their job is to take dominion in the mountain of government. This is the objective of Project Blitz which is supported by Barton via financing by his Wallbuilders organization. Project Blitz seeks to pass legislation which privileges Christianity in Congress and in state legislatures.

Barton and his group of Christian nationalist lawmakers aren’t interested in pluralism. They want to empower Christian Republican voters to enact a legal structure that privileges conservative Christians. Even though this is their right to pursue, in my view their aims are contrary to the vision of the framers who crafted a framework for pluralism and freedom of conscience for all.