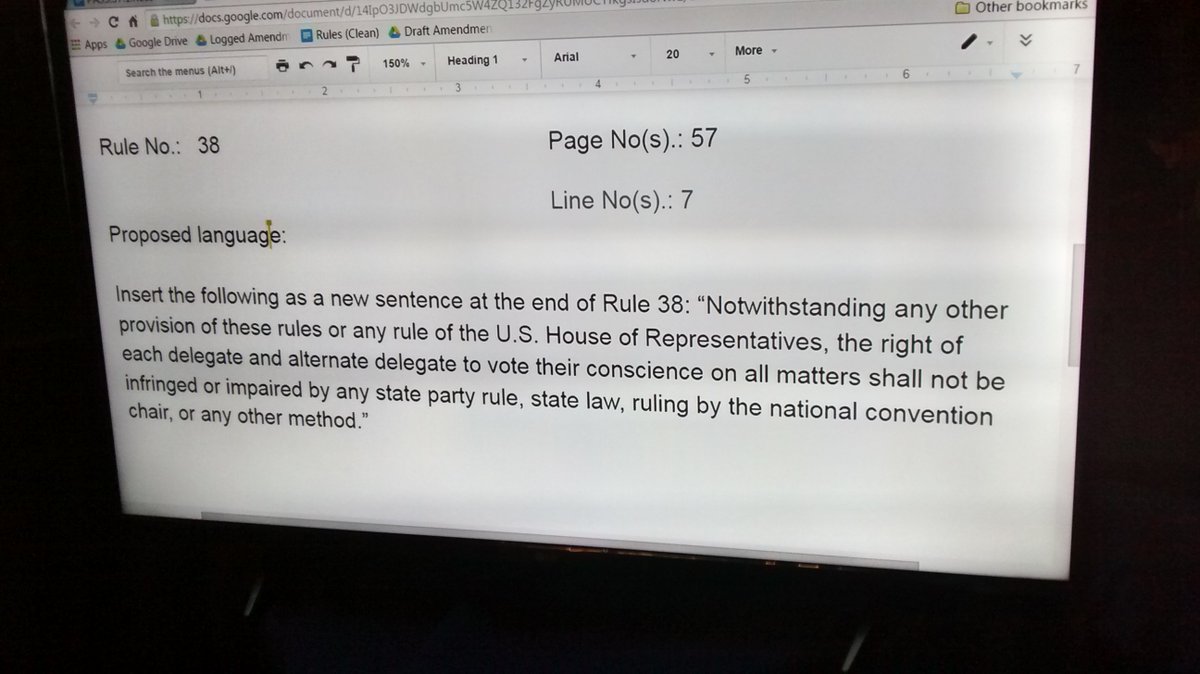 To watch the debate, go here.
Unruh promises a floor fight.
The GOP died a little tonight.
The Delegates Unbound group released the following statement just a bit ago. No specific next step is identified. I have heard talk of a walk out and/or protest.

RNC Joins Forces With Trump To Rig The Nomination
Donald Trump is right: The Process Is Rigged
(Cleveland, OH) July 14, 2016 – Delegates Unbound issued the following statement regarding today’s decision in the GOP convention Rules Committee to bind the delegates.
“This just proves that Donald Trump did not have the support of enough delegates to be the nominee,” said Delegates Unbound co-founder Dane Waters. “This act by the Rules Committee just highlights the hypocrisy of the RNC. “If the delegates were bound as the RNC claimed why vote to bind them?”
Delegates Unbound was formed to preserve the legacy of freedom in the Republican Party.
“The fight is far from over in Cleveland.” Delegates will not be denied ,” Waters added.