On Tuesday, I wrote about Les and Leslie Parrott’s book, The Hour That Matters Most, which made the New York Times Bestseller List at #1 on September 25, 2011. According to the Parrott’s agent Sealy Yates the achievement belonged to Kevin Small who got the book to #1 without a dagger.

In this communication, Yates was talking to a Mars Hill Church staffer with encouragement about the same method Mark Driscoll and Mars Hill Church had agreed to use. Now we know that Mark and Grace Driscoll’s book Real Marriage achieved the Bestseller List status via ResultSource; we also know that Mark Driscoll called the strategy wrong.
There are two other authors of the THTMM, Tina Kuna and Stephanie Allen, co-founders of Dream Dinners, a company that make pre-assembled meals. Dream Dinners hosts a website to support the book, which makes me wonder if these authors also were involved in the contract with ResultSource. I wrote to ask and will report any replies I get. The website makes prominent mention of the NYT Bestseller status. 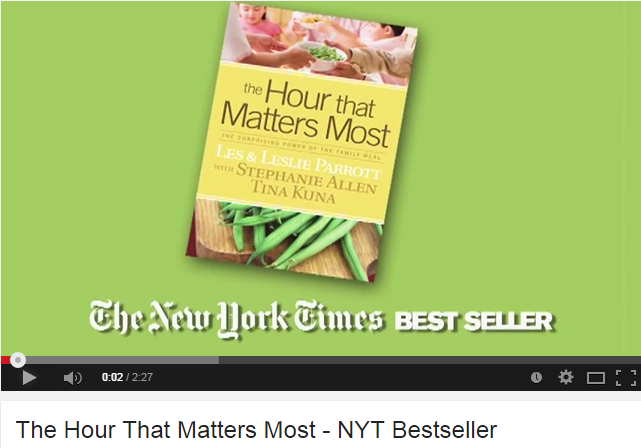 This is the opening screen of a promo video hosted on the site.
The book spent a week on the Paperback Advice chart and then faded. However, one week is enough for Kevin Small’s “wonderful accomplishment” to provide the lift needed to portray this book as a serious book.