Mr. Beck is certainly a showman, and he has a big show planned for July 22, 2014.
We Will Not Conform is a live telecast to movie theaters around the country on the evils of common core educational standards. Despite being championed initially by conservatives like Mike Huckabee, Common Core has become associated with nearly everything evil, thanks, more often than not, to Mr. Huckabee’s allies in the conservative camp.
In this Hannity segment (click for video), Beck describes the upcoming event. According to Beck on Hannity’s show, common core is about control and manipulation and making money. As an aside, with a $20 ticket price, Beck’s effort to fight against common core seems to be about making money. In contrast to Beck’s claim, Huckabee says that the common core conservatives love to hate is not what the creators of common core had in mind. Huckabee said in February:

I’m convinced that the term Common Core needs to disappear from the lexicon of education policy. It’s a toxic term because it’s come to mean things that most of us can’t stomach, like top-down federal intrusion into the local schools where you live. But Common Core as it was designed had nothing to do with the federal government. It was conceived and controlled by elected governors and state school chiefs to keep the federal hands from interfering. It only dealt with 2 subjects, math and English, and in those 2 subjects, established only state-initiated standards in those subjects, and intentionally did not write or even suggest curriculum. It set voluntary goals—VOLUNTARY goals—controlled by local school boards. Unfortunately, the locally controlled and very simple creation of standards in math and English, created so that students would be measured by comparable regardless of geography has been hijacked by those who took the label Common Core and applied it to curriculum, subjects other than math and English, and even unrelated things as personal data collection. As a result, Common Core as a brand is dead and hopefully the perversions of it will die as well.

Thus, Beck’s (and David Barton’s) use of the label common core only adds to the confusion. I imagine Beck’s cadre of faux experts will scare people about public schools, but don’t expect to come out of the event enlightened. Beck’s misuse of history, and of course David Barton’s many documented historical misadventures disqualify them right off the bat. If you want to get scared about education, just go on You Tube and look up common core. You’ll be just as confused but it won’t cost you $20. 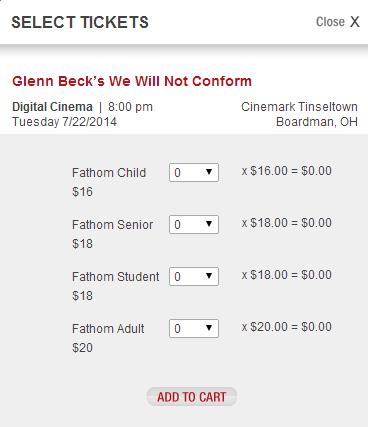 Underneath it all, there is more to this than opposition to standards, and questionable claims about making all kids the same.

This is pretty silly.
[youtube]http://www.youtube.com/watch?v=DdPz7Eg18jU[/youtube]
Joan Landes is a “clinical mental health therapist” from Utah. She has a master’s degree in counseling, and as far as I can determine, no particular training in neuroscience.
In this video, you will learn that common core causes kids to use emotional words that will harm their brains, that the Columbine and Sandy Hook shootings were related to modern changes in children’s literature, that reading information is not necessary because children can use Google and get facts when they are teens, that Common Core emphasis on emotional words could create an “Arab Spring” (“just takes one trigger and you have a national mob”), and that Common Core will create a generation which is easily manipulated by those in power.
Landes correctly describes Piaget’s stages at one point but does not explain how a child who reasons concretely will be harmed by the Common Core language curriculum. She tries to describe the Asch conformity experiments but gets the results wrong. She then claims Common Core is trashing established psychological research but doesn’t say how. Some of what she laments about schools were true before Common Core came along (e.g., teachers have a great influence over children).
At one point, perhaps realizing how outrageous the claims were getting, the video host suggests that perhaps all of the ills outlined by Landes are not found in the language arts curriculum. Then another woman says that is perhaps true but since the Dept of Education secretary Duncan talks about social justice, the concerns are still warranted.
Don’t get me wrong, I don’t like a lot of the emphasis on teaching to the test one often sees in schools. However, as I understand Common Core standards, teachers have some flexibility in how they are implemented (I know that is true in my own child’s school). I also think there are some legitimate criticisms of Common Core standards but this video really misuses psychological language and research to generate fear and outrage.
I am not surprised that Landes is appearing with David Barton at anti-Common Core rally in Alabama in January.