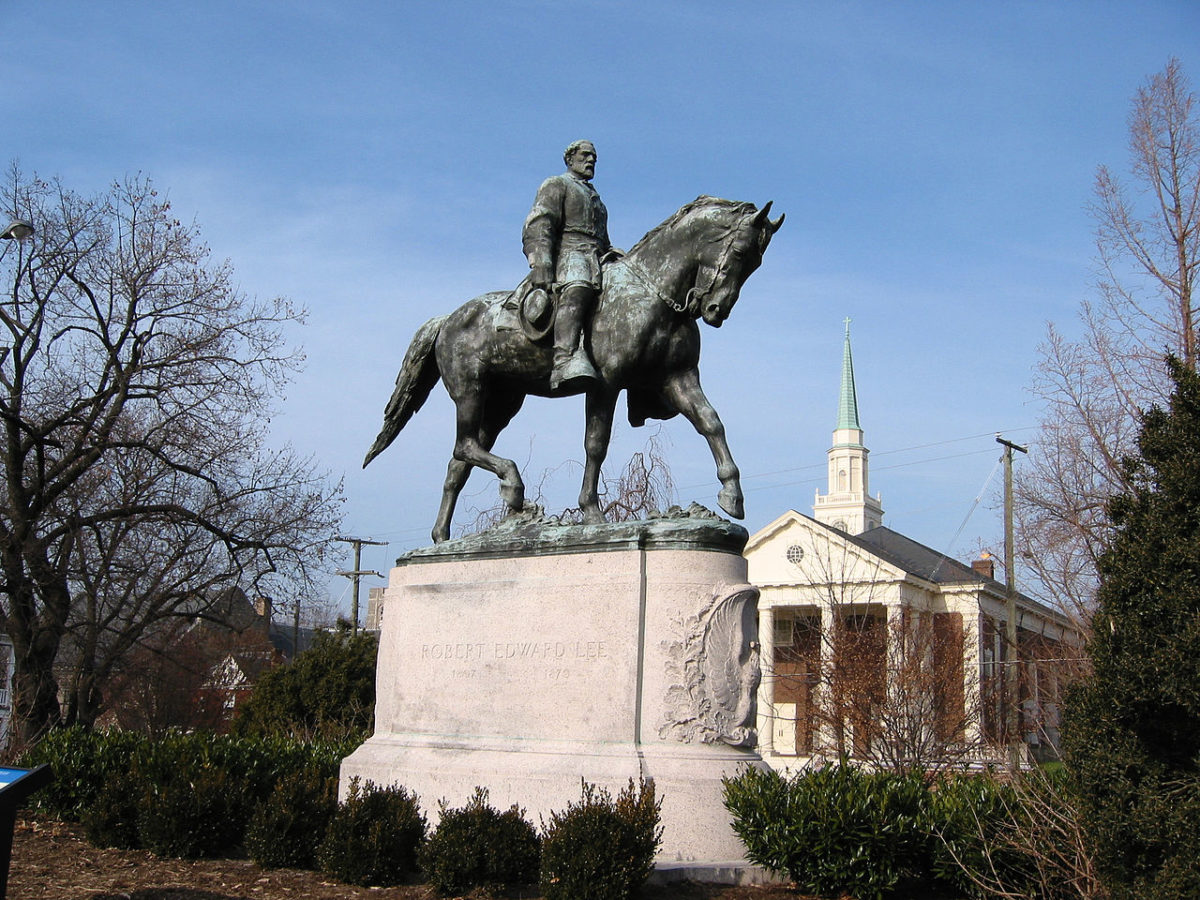 President Trump doubled down on his claim that very fine people were in Charlottesville to show support for the statue of Robert E. Lee. When asked about that comment, he said he answered that question “perfectly.” Then he discussed his view of why some of the people were there. Watch:

In my view, it is not noble to support the myth of Lee as a great statesman and General. However, I do know that some people do think that and do so sincerely. Their desire to uphold the Lost Cause blinds them to a complete picture of Lee. What makes me think Lee worship is a smokescreen is that the activities of the weekend were not about Lee. When the tiki torch marchers gathered around Lee’s statue, they didn’t sing tributes to Lee or chant “General Lee is my favorite General.” They chanted, “You will not replace us.” Watch:

The “us” in this chant referred to white people not members of the “Lee is my favorite General” club.

Those people weren’t there because of their love of military history. If they were there for Lee at all, it was because he represents white supremacy. What is very fine about that?

Giving cover to Trump’s distraction, people like Dinesh D’Souza and Matt Walsh want to make Charlottesville about Robert E. Lee as a General. It wasn’t.

Although my name won’t show up for awhile, I just added my name to the signers of the letter below. It appears to me that the letter is clearly aimed at Donald Trump, his evangelical defenders and particularly Trump’s ambiguous response to the racist protests in Charlottesville.

The letter was posted this morning at the Gospel Coalition blog and reblogged by John Fea, which is where I saw it. Below the letter is reproduced in full and I have taken the liberty of adding my name to the list of signers. Other profs who want to sign should contact Mark David Hall using the instructions below.

An Open Letter from Christian Scholars on Racism in America Today

​Like many Americans, we are grieved by recent events in Charlottesville. The white supremacist rally there showed that overt racism is alive and well in America, and that it can turn violent and murderous. As Christian scholars of American history, politics, and law, we condemn white supremacy and encourage frank dialogue about racism today.

​As Americans, we love our country. As Christians, we know that no individual, people, or nation is perfect. Among the most grievous sins committed by early Americans was the enslavement of and trafficking in Africans and African Americans. Slavery was formally abolished in 1865, but racism was not. Indeed, it was often institutionalized and in some ways heightened over time through Jim Crow legislation, de facto segregation, structural inequalities, and pervasively racist attitudes. And other persons of color, including Native Americans, Asian-Americans, and Hispanic-Americans, have often been subjected to official and unofficial discrimination. What we have seen in Charlottesville makes it clear once again that racism is not a thing of the past, something that brothers and sisters of color have been trying to tell the white church for years.

​Racism should be denounced by religious and civic leaders in no uncertain terms. Equivocal talk about racist groups gives those groups sanction, something no politician or pastor should ever do. As Christian scholars, we affirm the reality that all humans are created in the image of God and should be treated with respect and dignity.  There is no good moral, biblical, or theological reason to denigrate others on the basis of race or ethnicity, to exalt one race over others, or to countenance those who do.

​Even as we condemn racism, we recognize that the First Amendment legally protects even very offensive speech. Rather than trying to silence those with whom we disagree, or to meet violence with more violence, we encourage our fellow citizens to respond to groups like the neo-Nazis, white supremacists, and the Ku Klux Klan with peaceful counter-protests. (Indeed, this has been the approach of the vast majority of counter-protesters in recent weeks.) No one is beyond redemption, so we encourage our fellow believers to pray that members of these groups will find the truth, and that the truth will set them free.

We also recognize that white-majority churches and denominations have too often lagged in discussions of racial injustice and inequality, or have even been sources of the perpetuation of white cultural dominance and racial injustice. Because of that history, we pray that America’s churches and Christians will renew their commitment to practical, proactive steps of racial reconciliation and friendship in our cities and towns.

Rodney Howard-Browne is a pastor on Donald Trump’s advisory committee who has come to Trump’s defense after Charlottesville. To give an example of how difficult it is going to be to make progress on the points I raised in my response to Charlottesville, I offer this tweet from Rev. Howard-Browne.

We strongly condemn all white supremacists, KKK, Antifa and Black Lives Matter, Main Stream Media in the strongest of terms !!!!!

I don’t care how bad you think the “main stream media,” BLM, and antifa are, they are not in the same moral league as the KKK and white supremacists. Let’s take the media for instance. The media documented the aggression of the white supremacists and the slow and confusing response of President Trump. They reported what happened.
On the other hand, Howard-Browne is simply repeating the narrative promoted by the white supremacists in Charlottesville. All throughout the League of the South, Daily Stormer, etc. websites is the story that they were innocent and the violence came from the counter demonstrators.
Rev. Howard-Browne should follow the Twitter feed of Daniel Hosterman who chronicled the aggression of the League of the South and other alt-right demonstrators. Here’s one with a white supremacist attacking a journalist.

Then there is this photo of a white supremacist pepper spraying a counter demonstrator.

A white supremacist discharges pepper spray into a group of protesters outside of their permitted rally area — li… https://t.co/pBwp9X9ts8 pic.twitter.com/olC1rGA3sZ

Since Howard-Browne blocked me, he probably won’t see this, but perhaps gentle readers could make sure he does.

The disgusting displays of racism last weekend in Charlottesville have been a wake up call to many Christians. 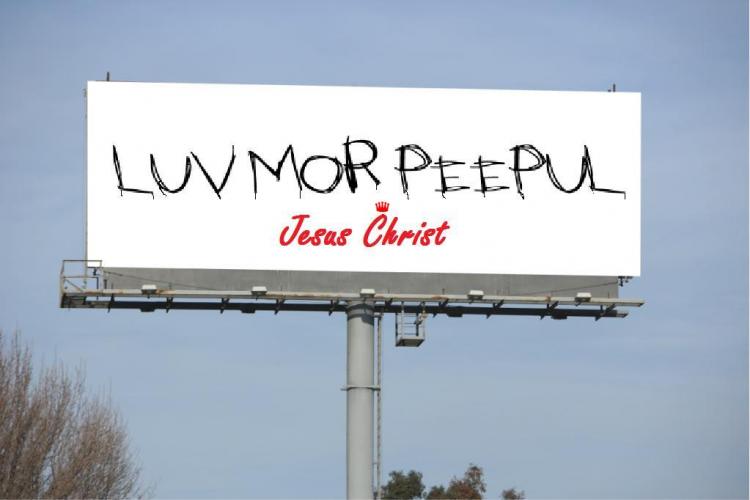 The disgusting displays of racism last weekend in Charlottesville have been a wake up call to many Christians. Some Christian leaders have denounced the resurgence of white supremacists while others have remained silent. The president took two days to declare specifically and clearly that racism is evil. Some evangelicals have defended his slow response while others have called him out for taking so long. Because of the diversity of views under the label evangelical, there is little chance for a unified response among those who identify with that word.
Even though national media statements are important, ultimately the response of local churches will move us toward or away from racial reconciliation. In response to the events in Charlottesville, I hope more Christians will consider at minimum these responses.

There should be no delay for church leaders to denounce racism and racist groups. Statements must be clear and to the point – racism is wrong and antithetical to the Gospel. Racial supremacy is evil and a cancer in the church. Historically, many in the white church fought integration and used the Bible as a reason. This should not be denied or politicized.
Local church pastors and people in the pews must hold national leaders to this same standard. When there is silence from those who have a national platform, we must ask why and mark those who can’t or won’t call out racism.

Whether you supported Trump or not, this is no time to defend the improper actions of your political favorites. Currently, some Trump supporters are defending his slow and confusing response to white supremacy on display in Charlottesville. This political posturing doesn’t help the situation and improperly gives loyalty to Caesar instead of God. On the other hand, Christians must work with the current administration to make change and not simply criticize to score political points against the president.

3. Take the lead in removing Confederate symbols from the public square.

In addition to action to attack racist symbols, evangelicals, especially those in majority white evangelical churches, must talk less and learn more. White evangelicals must learn about white privilege and the vast differences in perception of society. African-American and whites often see problems and solutions differently. As a white evangelical, I need to listen and learn more, and talk less. I realize as I write this that I may not have gotten more wrong than right in this article. I welcome dialogue and see this piece as an effort to contribute to discussion and learning.
There are two organizations I can recommend (there are many good ones, I just happen to know the leaders of these groups).
Race to Unity
Return to the Roots of Civil Rights Bus Tour