A woman died today in Charlottesville, VA after a white supremacist protester plowed his car into a crowd. Two police officers died in a helicopter crash as they were attempting to do their jobs during the protest. Most responses to the violence and white supremacy on parade has been revulsion. However, the president of the white supremacist organization League of the South thought today went pretty well. Earlier today, Michael Hill tweeted:

The League of the South had a good day in Charlottesville, Virginia. Our warriors acquitted themselves as men. God be praised!

Members of the League of the South and other white supremacists attack protesters who attempt to block their path … https://t.co/CQgMybYvtq pic.twitter.com/Hg77YBycZH
— Daniel Hosterman (@dhosterman) August 12, 2017

When one examines the person in the red circle, it looks a lot like LoS president Michael Hill. 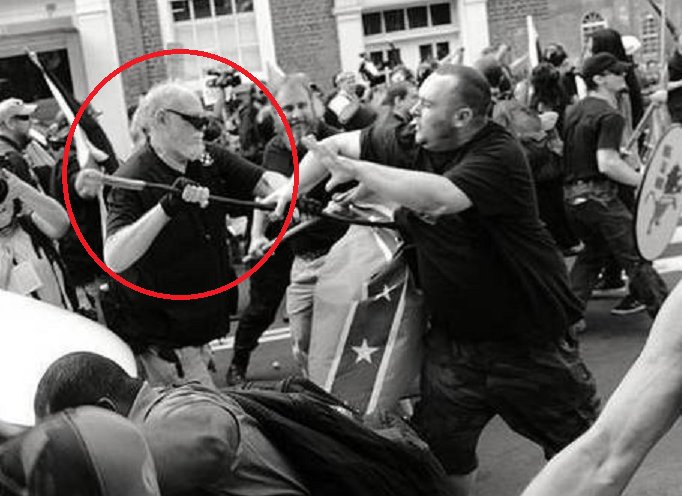 This Twitter user took several photos worth examining. Click here to follow his twitter account.
Even as white supremacists are reveling in their “successes,” I hope the ugliness of their actions will turn the general public against their goals and lead to the removal of more Confederate icons.