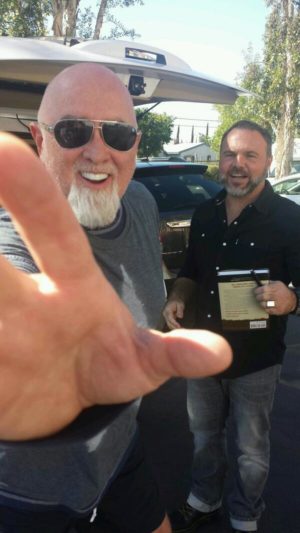 On the Debrief Show video blog with Matt Brown, Mark Driscoll told bloggers to blog so of course, I must. About what, you ask? Calvinism and the garbage that it is, according to Driscoll. Watch:

After saying Time magazine dubbed him one of the thought leaders of the “young, restless, and reformed” (YRR) movement, Driscoll added:

I don’t hold to the five points of Calvinism. I think it’s garbage, so blog about that, but anyways, because it’s not biblical.

It is my impression that Driscoll restated Calvinism in several ways over the years (e.g. here) to try to make it more acceptable so I don’t think this is a tremendous departure from the past. I will defer to Driscoll watchers to comment about Driscoll’s devotion to the five points. However, what is notable now is his dismissal of the system as “garbage.”

Even more interesting is Driscoll’s psychological analysis of his former YRR mates as “little boys with father wounds.” Calvin and Luther are father figures as is God. Calvin and Luther are “dead guys” who are distant like their earthly fathers. In a way, he provided an armchair explanation for why conversion could be viewed as a psychological experience rather than a spiritual experience. I wonder if he realizes he did that.

In any case, Driscoll left Mars Hill and told many people that he was ready to be a spiritual father — who we should revere apparently.

The rest of the program before and after the Calvinism disclosure is a rehearsal of the need for fathers and how one’s father image effects one’s God image. I might take it apart at a later time, but for now I have done my blogging duty.

Here in another life Driscoll discusses Calvinism and Arminianism. He named one of his sons after Calvin so at that time he was on team Calvin. In this sermon, he certainly didn’t think the five points were garbage. He agreed with them, albeit with a caveat on limited atonement.

Jonathan Merritt cut himself and jumped in the shark tank with this article on troubles in the Calvinist revival.
You need to read the whole thing but in the mean time, here is a taste:

To be sure, neo-calvinists don’t shy away from controversy and aren’t reticent to critique those outside of the movement. (One might refer to some Calvinist’s blistering responses to Donald Miller’s announcement that he doesn’t attend church.) Yet these same leaders are often resistant, delayed, and then tempered with their critiques of other Calvinists who seem to stray.
An illuminating example of this might be the recent glut of Mark Driscoll controversies—from sexist comments to charges of plagiarism to proof that he bought his way onto the New York Times bestsellers list using ministry monies. Leaders in the movement were effectively mum until a select few broke the silence of late. The first accusations of Driscoll plagiarizing were revealed on November 21st, but the first truly critical response posted by neo-Calvinist mega-blog, The Gospel Coalition, trickles out on December 18th. One might compare this with the response to Rob Bell’s book “Love Wins” that was in full bloom before the YouTube trailer finished buffering.
Even those who were brave enough to critique Driscoll were mostly moderate. And several Calvinists told me off-the-record that many who offered full-throated criticisms of Driscoll—like Carl Trueman of Westminster Theological Seminary—have been relegated to the margins as a result.

This is an intriguing admission. I wonder if Trueman knows he is under the bus. Makes me glad that I don’t belong to many clubs anymore.