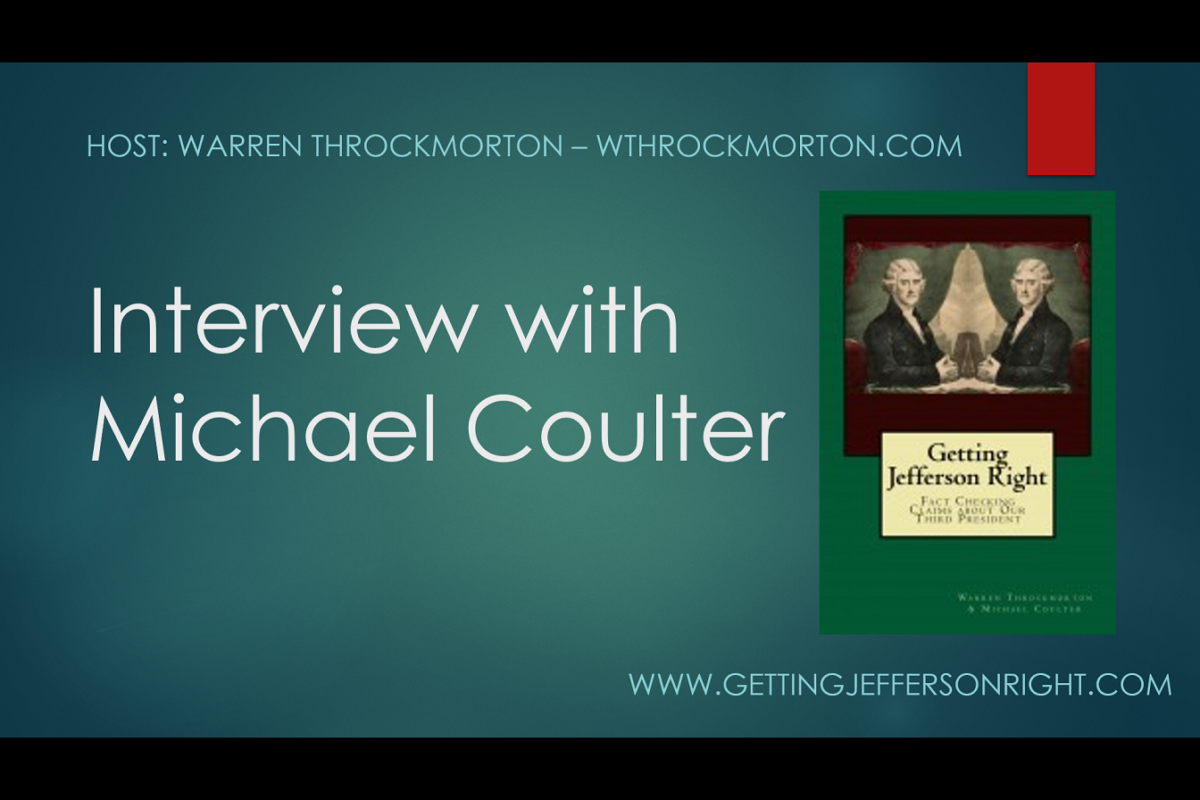 Fact checking David Barton was not my first history rodeo. With the help of then Grove City College history professor J.D. Wyneken, I fact checked anti-gay crusader Scott Lively’s book The Pink Swastika in June of 2009. Lively made an outrageous case that Hitler’s Nazi project was animated by homosexuals and that the Holocaust was carried out by gay thugs. His opposition to gay rights, he preached, was to keep gays from doing the same things to other nations.

I learned a lot by deeply researching Lively’s claims. I saw how primary sources could be used selectively to distort a narrative and how speculation could be mixed with fact to create a plausible sounding but false picture. This awareness came in handy when, in 2011, I started to look into Barton’s claims about the American founding.

When David Barton’s book The Jefferson Lies was pulled from publication, he solicited moral support from Scott Lively in a Wallbuilders Live broadcast. Lively’s message essentially was: I know how you feel, he did the same thing to me.

It seems right that I fact checked both Lively and Barton. Lively had gone to Uganda with his historical fiction to agitate the Uganda Parliament into crafting law which made homosexuality a capital offense. An interpretation of the Bible was used as a justification. A religious view was used as a basis for civil law. On that issue, one church teaching was about to become the state policy.

Confronted with the reality that evangelical Christians were behind the bill in Uganda, I searched for the influences on them. There were many and we will hear from Jeff Sharlet next week who will help us remember the influence of the Fellowship Foundation. Extending beyond the Fellowship was the notion that civil policy should reflect Christianity because that is the proper basis for law in a Christian nation. Ugandan legislators saw themselves as lawmakers in a Christian nation.

But who in the U.S. was behind the idea that church and state is not separate? All roads led me back to David Barton.  At that point, I started to check out the fact claims that Barton said led him to question church-state separation. The rest, as they say, is history.

Part of that history involved writing the book Getting Jefferson Right: Fact Check Claim about Our Third President.  My co-author on that project is Michael Coulter. Michael is a professor of political science and humanities at Grove City College and a good friend. As we discuss in the interview below, I requested a pre-publication copy of The Jefferson Lies in February 2012. Somewhere in our McDonalds discussions, I asked Michael to join me as co-author and we had the ebook ready to go by May 1. A paperback followed in July and by August, The Jefferson Lies had been pulled from publication by Thomas Nelson.

In this interview, we discuss more about Getting Jefferson Right, but also get into why people would rather believe fiction over truth, the requirement of honesty from scholars, and how Christian nationalism influences attitudes towards political matters today. I hope you profit from it.

View all 15 Years of Blogging Interviews