Gospel for Asia is apparently going to expand operations. In a solicitation to selected donors, GFA is offering to bring them in to hear about (and no doubt financially support) some new work. Here it is: 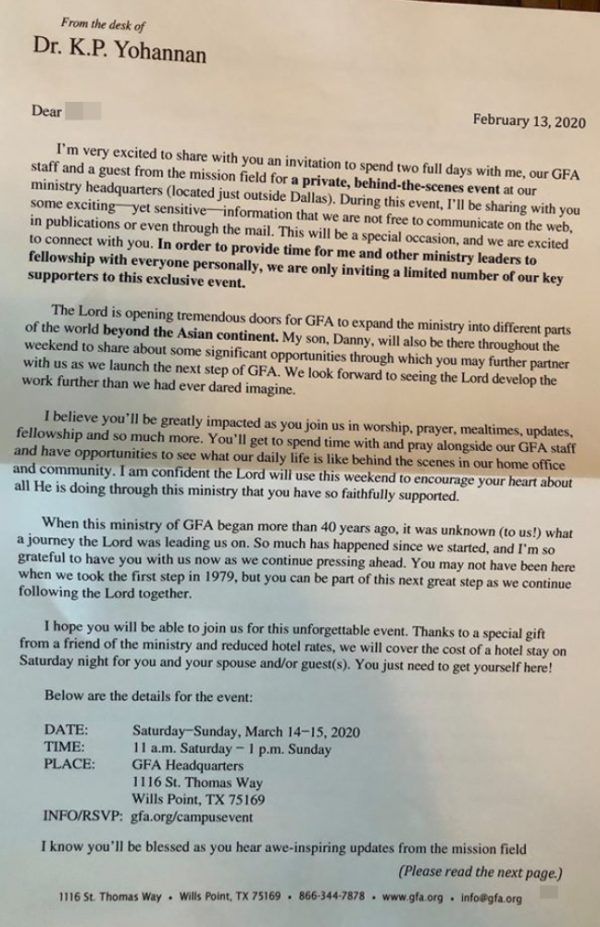 GFA is marketing into a storm of bad publicity including a recent CBC radio documentary which raises the issue of $94-million listed in Canada as having gone to India but without any record of it showing up in India.

The secrecy is par for GFA’s course. They have not issued an audited financial statement since 2013 and refuse to disclose how donations to India are getting into the country. GFA and Believers’ Church lost their charity registration there in 2017, but GFA in the U.S. has never informed donors about that and keeps raising money. I would like to see the CBC’s Angela MacIvor ask Johnnie Moore about that.