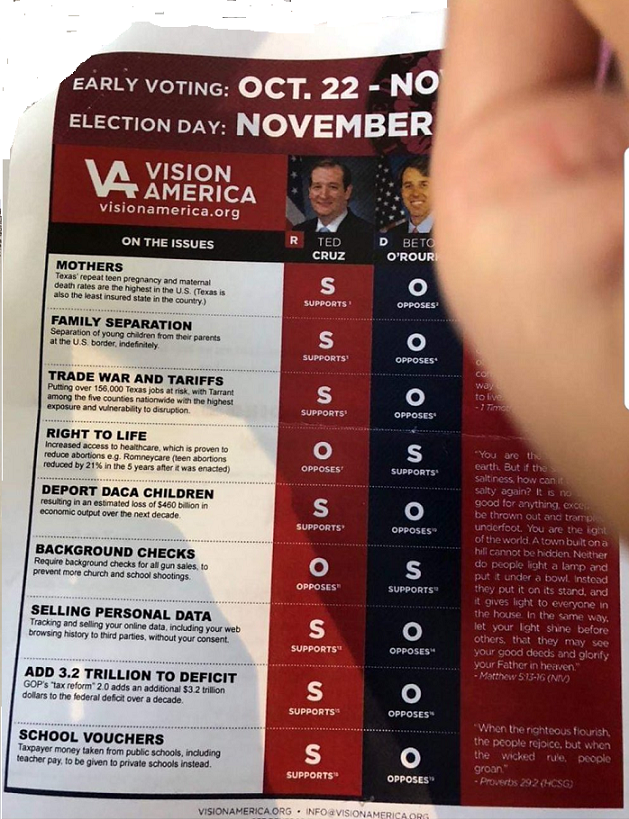 Over the weekend, Gateway Church hoped to guide members in the way they should vote by providing voter guides. After all, who doesn’t need a little political guidance with their spiritual guidance?

Things didn’t go exactly as planned. At some point after many guides had been distributed, someone noticed that the guides were very un-Gateway like. According to a reader, here is what was mixed in with Gateway’s guides: 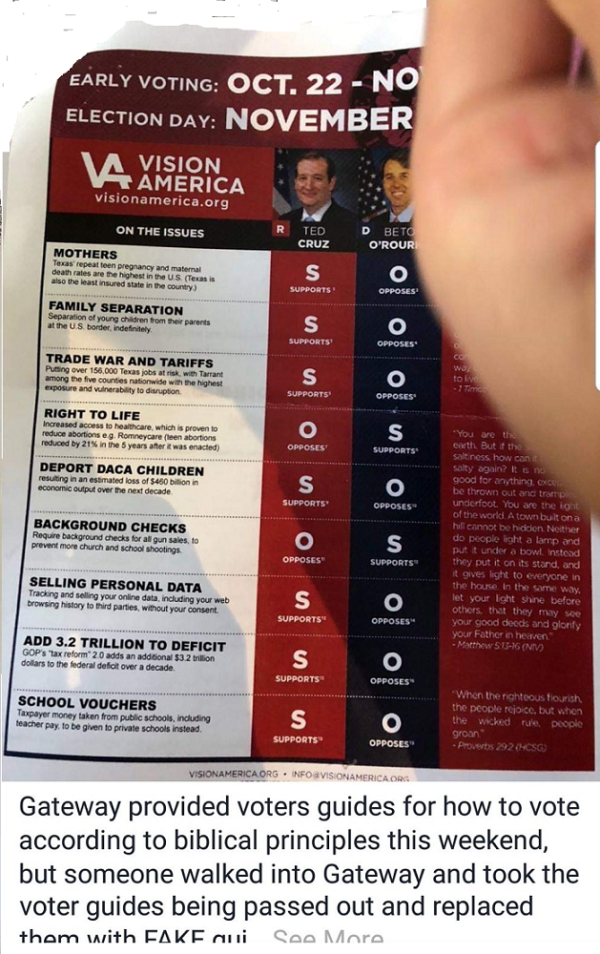 Below is how Gateway wants members to vote. 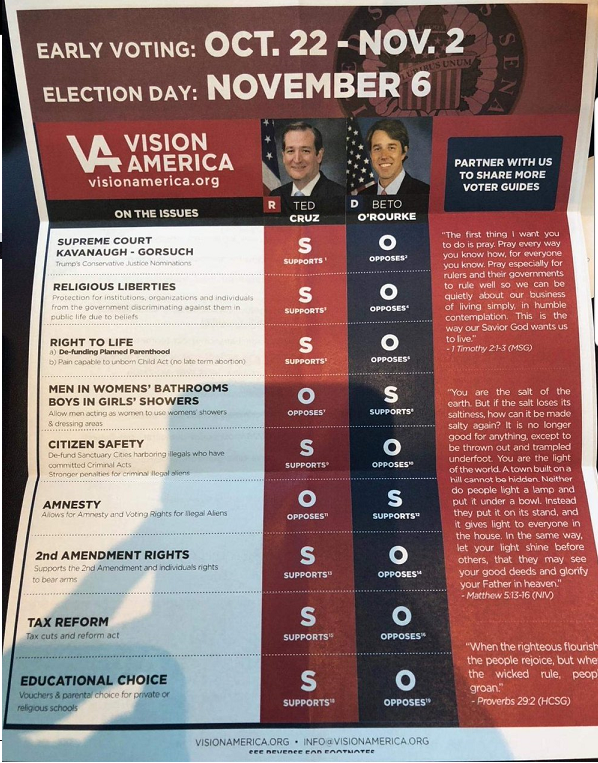 This was a pretty elaborate prank. The guides look very similar in these pictures and must have cost a lot to produce. Someone wanted to make a point.

One of the individuals lamenting this turn of events pointed church members to vote.gatewaypeople.com which contains links to the approved Vision America voter guides.

Not all Gateway folk are happy with obvious Republican politicking in the church. On a church social media site, two people expressed reservations about the voter guides. 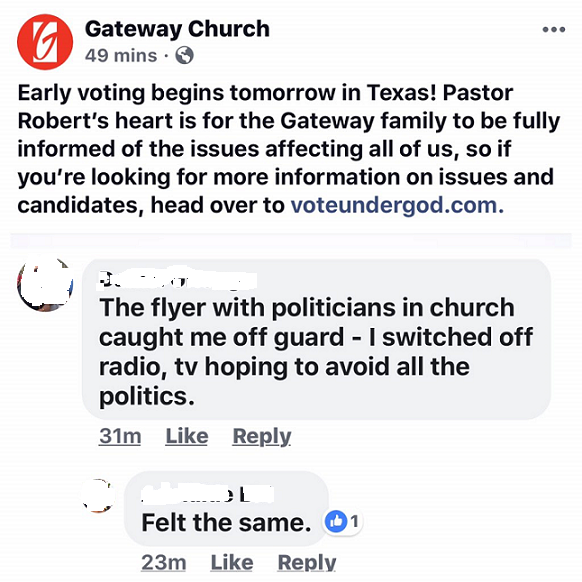 Politicians in church; one can’t escape that at Gateway Church. They even tell you how to vote.

One principle from the page has been violated by the Gateway effort:

Here’s one more point: Don’t align yourself too closely with a political party or a politician. That is unwise because we need to be free to call all political parties and politicians to repentance when they step outside of biblical morality and principle.

It is possible that the anonymous prankster wanted to get across something like this with the alt-voter guide. There is more than one way to look at biblical principles when it comes to politics and policy.