Queen had to make that declaration because Dr. Aaron New and I have found some plagiarism in his articles and books (e.g., here). I have documented much of it on this blog. Queen blamed AACC interns and former employees for the infractions. He told CP that careless interns and employees took material from the work of other people, put Tim Clinton’s name on it and they didn’t realize the extent of it until Dr. New and I brought it to light.

If that is so, then there is a very easy way to avoid plagiarism. According to the CP article, AACC purchased software to detect plagiarism in their “mountains of content.” I have an easier method. Just follow these pointers.

First, do your own work.

Yes, that’s right. Write your own articles and books and when you quote someone else or want to use their ideas, look up the source and cite their work. I know it seems crazy and very time consuming, but it works. If Tim Clinton wants his name on something, then he should write it all himself. Sure, interns can track down sources, but as we have learned, they make lots of mistakes. If your name is on the byline, you’re responsible.

But what if someone else writes some of the article or book? That leads to the next guideline:

Give credit where credit is due.

Doing these two things would take care of a multitude of problems.

While we are at it, here is a sample of Clinton taking material from an edited book and putting it in one of the books he authored himself. If he says this is because of interns or employees, then the authorship of his books is open to question.

First, here is a section from his 2006 book Turn Your Life Around. 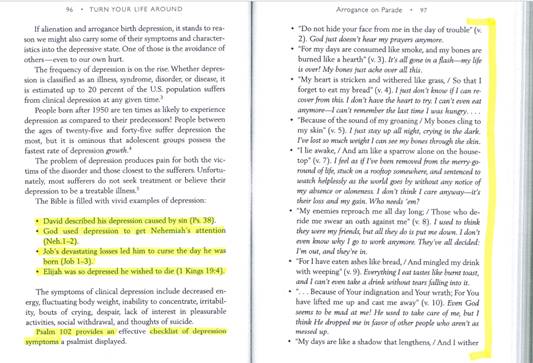 This appears to have been taken from a 2001 article by Michael Lyles in the Soul Care Bible. See below: 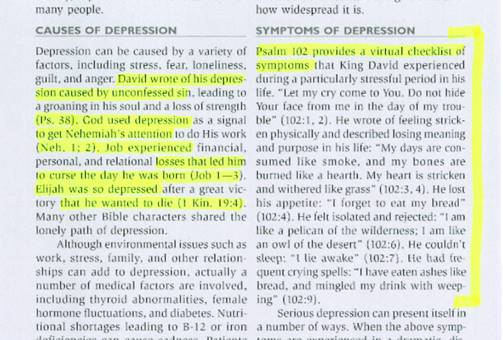 I call this writing a book by press release. 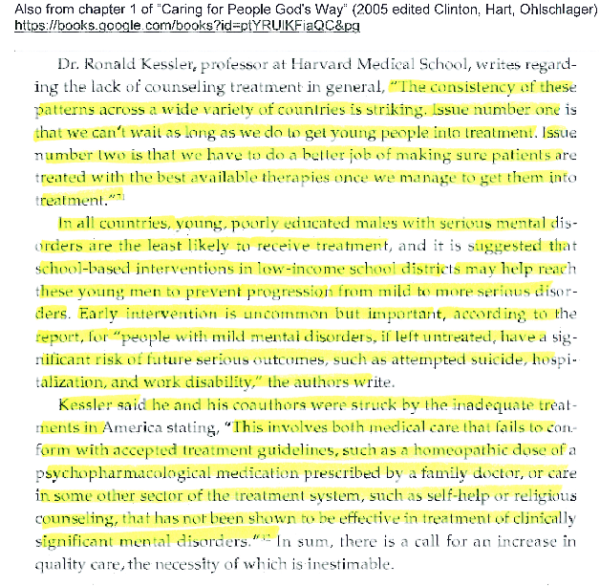 The highlighted parts all came from a Harvard press release which was reproduced by Science Daily. See below: 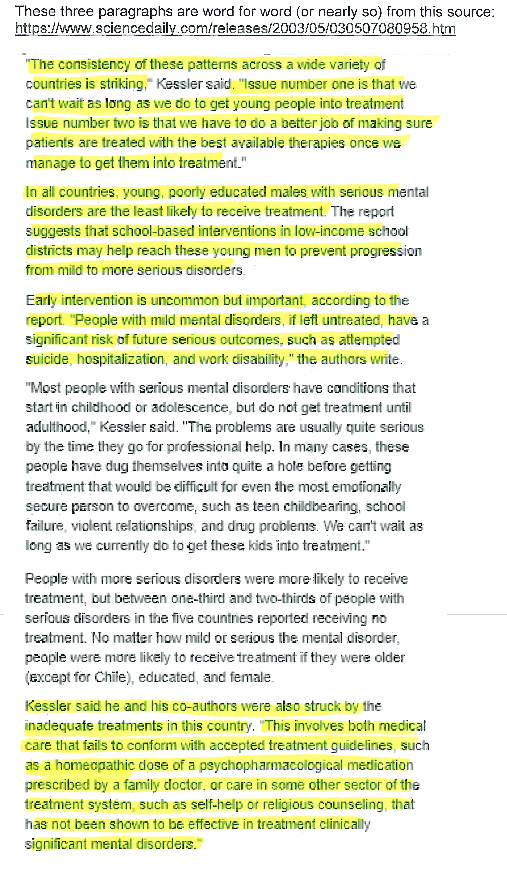 Elsewhere in the book more of the press release shows up but I feel like this demonstrates the point. The footnotes in the book point to an article in the AMA’s Journal which doesn’t contain any of this material. I am willing to believe an intern or employee goofed up on this. However, if true, that adds strength to my recommendation that preventing plagiarism is mainly about doing your own work.

In addition, any writer who wants to keep to the straight and narrow will profit from this list of 28 guidelines.