Recently, the owner of the American Association of Christian Counselors Tim Clinton sent an announcement clarifying his relationship with James Dobson and Family Talk Radio. 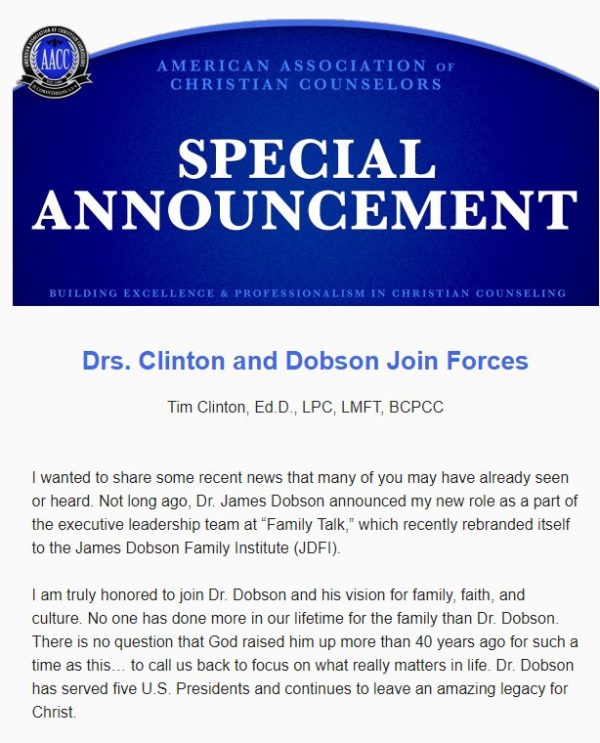 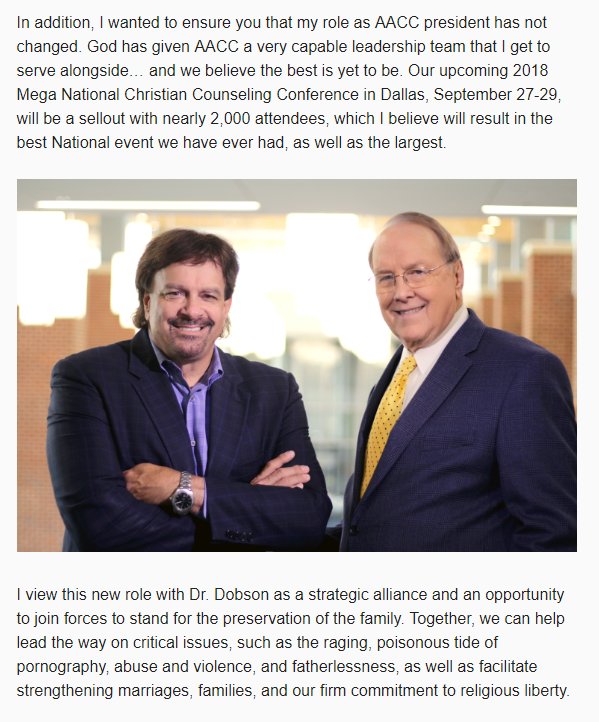 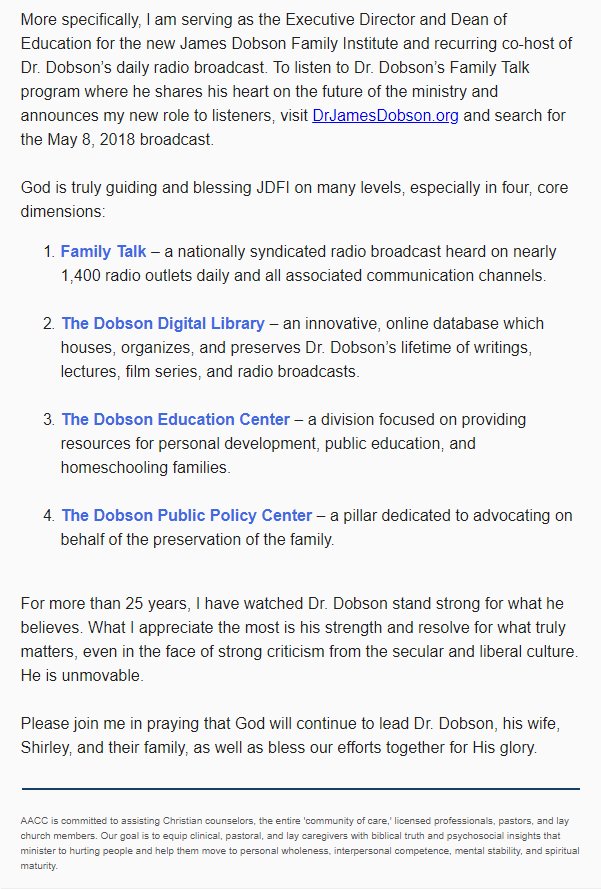 Clinton has recently been embroiled in a plagiarism controversy. Although he denies taking the work of others, through his spokesman and brother-in-law Jimmy Queen, he has acknowledged not writing the material attributed to him where the plagiarism has been found. Thus far, his defense has been to blame others when plagiarism has been found in a book or article. Despite some of those articles being on James Dobson’s website, that organization has not commented on the matter.