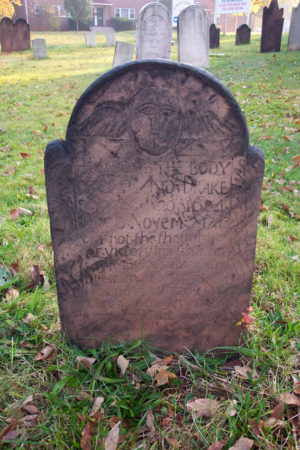 At every funeral I can remember, almost everyone is cordial and says nice things. I have heard that it isn’t always that way for everyone but that has been my experience. When they passed many years ago, I heard so many nice things about my parents that I never knew before. Over the years, I have thought I should say more nice things to people while they are alive because it is nice to hear when you can enjoy it. I don’t think I live up to that aspiration like I should.

Reading the reaction of others to the near death of my blog at Patheos has been a little like being able to attend my own funeral, except thankfully it is my blog’s funeral.  Last week and yesterday, I posted links to bloggers who had nice things to say about me but less nice things to say about Patheos. In fact, they had questions which still require answers.

One blogger who almost always has nice things to say is Patheos blogger John Mark N. Reynolds. Today, he penned a kind and clever defense of my time at Patheos.

It is for all these reasons that Patheos and Patheos Evangelical needs Warren Throckmorton. He is a scholar with a light touch, but one who sees the absurdity of the powerful. He has the temerity to keep telling the truth until the truth, absurd in our particular era, makes you laugh. It is obvious now that someone like David Barton was a fraud, but Throckmorton recognized it first.

His targets? They are many, but his humor and good will are true, start to finish. He is right again and again and when he is wrong he is sorry.

I wasn’t first but I was and am persistent.

If you have ever been disillusioned by an abuse of power, Warren Throckmorton understands. He knows it is absurdity to marry Jesus to power.

Yes, I think I do. No matter what the reason for the decision to 410 the blog, how it is being handled is an abuse of power. I know John Mark is speaking about other people I have written about, but he could also be writing about the instant case.

John Mark would like Patheos to bring me back. Now he is the one with the sense of humor. Maybe he could carry the mantle over there; at least until he tells the wrong truth.