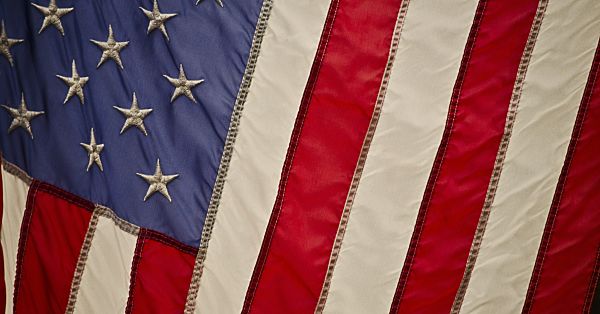 The delegates took up numerous final details from the Committee of Style. At the end of the day, the Constitution was complete (well almost).

There were no references to England, Rome, Greek, or any other influence today. Edmund Randolph, who had started the convention with his proposals, ended it with his objections to the finished product. Others joined but the state delegations in the end voted to engross the Constitution.

Mr. RANDOLPH animadverting on the indefinite and dangerous power given by the Constitution to Congress, expressing the pain he felt at differing from the body of the Convention on the close of the great and awful subject of their labors, and anxiously wishing for some accommodating expedient which would relieve him from his embarrassments, made a motion importing, “that amendments to the plan might be offered by the State conventions, which should be submitted to, and finally decided on by, another general Convention.” Should this proposition be disregarded, it would, he said, be impossible for him to put his name to the instrument. Whether he should oppose it afterwards, he would not then decide; but he would not deprive himself of the freedom to do so in his own State, if that course should be prescribed by his final judgment.
Colonel MASON seconded and followed Mr. RANDOLPH in animadversions on the dangerous power and structure of the Government, concluding that it would end either in monarchy, or a tyrannical aristocracy; which, he was in doubt, but one or other, he was sure. This Constitution had been formed without the knowledge or idea of the people. A second Convention will know more of the sense of the people, and be able to provide a system more consonant to it. It was improper to say to the people, take this or nothing. As the Constitution now stands, he could neither give it his support or vote in Virginia; and he could not sign here what he could not support there. With the expedient of another Convention, as proposed, he could sign.
Mr. PINCKNEY. These declarations from members so respectable, at the close of this important scene, give a peculiar solemnity to the present moment. He descanted on the consequences of calling forth the deliberations and amendments of the different States, on the subject of government at large. Nothing but confusion and contrariety will spring from the experiment. The States will never agree in their plans, and the deputies to a second convention, coming together under the discordant impressions of their constituents, will never agree. Conventions are serious things, and ought not to be repeated. He was not without objections, as well as others, to the plan. He objected to the contemptible weakness and dependence of the Executive. He objected to the power of a majority, only, of Congress, over commerce. But apprehending the danger of a general confusion, and an ultimate decision by the sword, he should give the plan his support.
Mr. GERRY stated the objections which determined him to withhold his name from the Constitution: 1. the duration and reëligibility of the Senate; 2. the power of the House of Representatives to conceal their Journals; 3. the power of Congress over the places of election; 4. the unlimited power of Congress over their own compensation; 5. that Massachusetts has not a due share of representatives allotted to her; 6. that three fifths of the blacks are to be represented, as if they were freemen; 7. that under the power over commerce, monopolies may be established; 8. the Vice President being made head of the Senate. He could, however, he said, get over all these, if the rights of the citizens were not rendered insecure, — first, by the general power of the Legislature to make what laws they may please to call “necessary and proper”; secondly, to raise armies and money without limit; thirdly, to establish a tribunal without juries, which will be a Star Chamber as to civil cases. Under such a view of the Constitution, the best that could be done, he conceived, was to provide for a second general Convention.

The state delegations said no to Randolph’s proposal for amendments and then voted to accept the Constitution.
I will say more in the last post in the series about the influences on the Constitution. However, I didn’t find the regular and constant influences from the Bible and Christianity as promised by Christian nationalists.