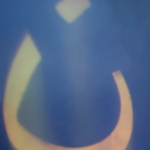 For several years, ISIS has invaded peaceful communities in the Middle East and painted the Nazarene symbol on the door of people they seek to convert, extort, or murder. While ISIS uses the Nazarene sign to symbolize death, we use the sign to symbolize life. Mercury One is a US based humanitarian aid and education non-profit organization that established and administers The Nazarene Fund. The Nazarene Fund aids in the restoration of Christians and other persecuted religious minorities and their communities who have been targeted by ISIS for their faith.

The Nazarene Fund was born out of Glenn Beck’s desire to help Christian refugees in ISIS held territories: Again, from the website:

In 2014, the Christian community in Syria and Iraq were facing the greatest calamity in its 2000 year history. The Islamic State (ISIS), exploded out Raqqa, Syria, the capital of its self-proclaimed Islamic State. In a lightning strike that surprised the world, ISIS forces captured Mosul, Iraq’s second largest city) and all of the nearby Nineveh plain – the traditional homeland of the region’s Christian Community. What followed was campaign of extortion, murder and displacement not only of the Christians but of other ethnoreligious minorities in the region. By 2015 a population of 3 million people was reduced to 300,000 – most of them displaced from their homes and fleeing to other countries.
In August of that year, Glenn Beck took the stage and the Restoring Unity rally in Birmingham, AL and declared the situation for what it was – genocide. Mercury One donors immediately responded and The Nazarene Fund was launched with a goal of rescuing 400 families. 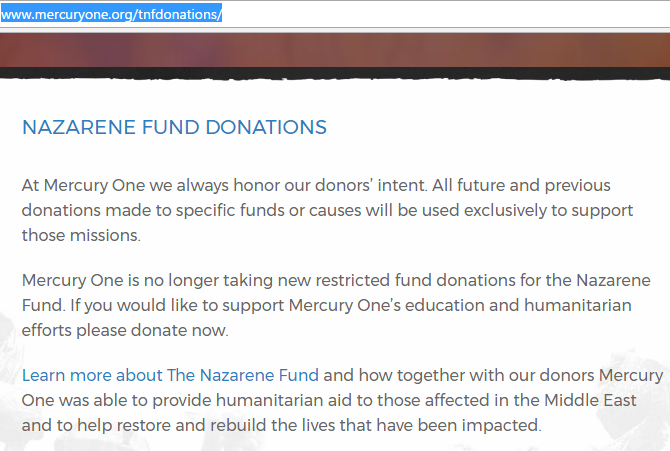 Second, Mercury One appears to be getting out of the refugee rescue business. According to the Nazarene Fund website, the need is not the same as it was in 2015. 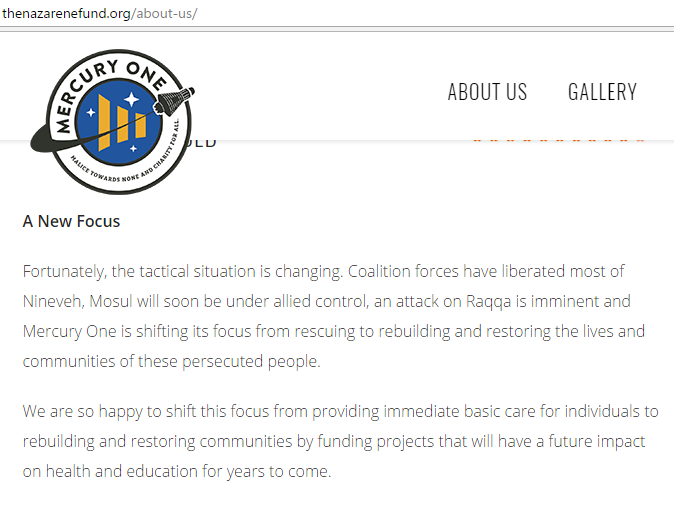 I am skeptical that the situation in Syria and elsewhere has improved to the degree implied here.
In any case, donors should be aware that Mercury One doesn’t want to accept restricted donations, even for the Nazarene Fund, and going forward, won’t be focusing on rescuing religious minority families.