From the indispensable Arkansas Blog by Max Brantley:

Just in from Rep. Kim Hendren: Legislation to prohibit any publicly supported schools (you, too, charters)  from including in curriculum or couerse materials any books or other material authored by Howard Zinn. 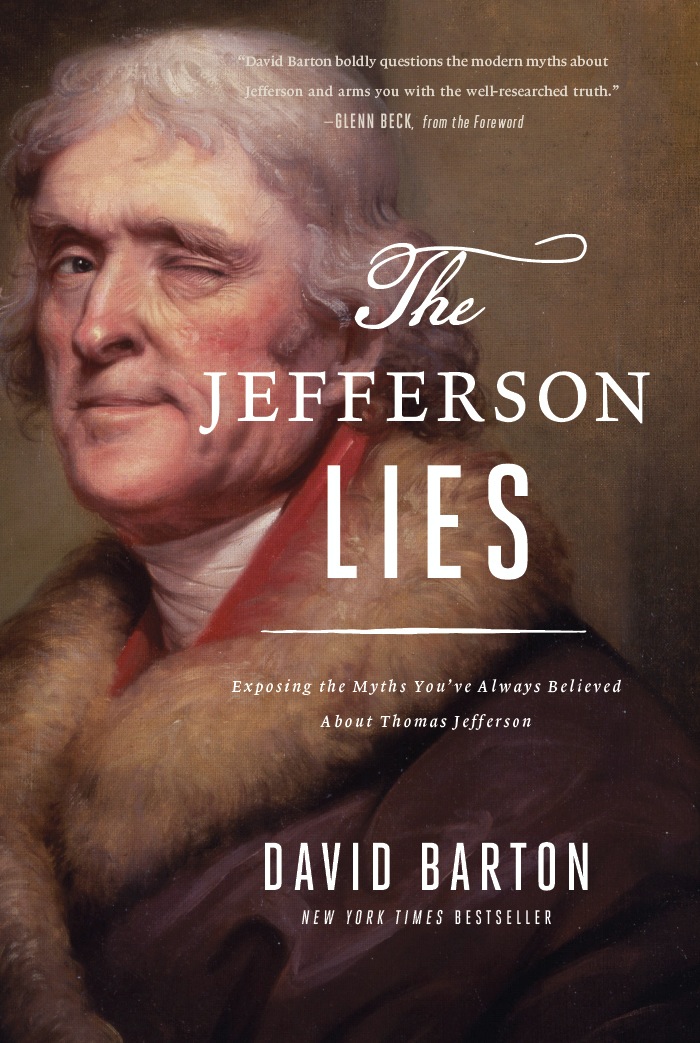 Yes, David Barton’s first edition of The Jefferson Lies was voted the worst history book in print, even beating out Zinn’s opus by nine votes.
So Rep. Hendrin, shouldn’t you add this book to your banned list? If you want to eliminate bad history from the Arkansas schools, you might need to expand your horizons.
Seriously, I don’t think the legislature should ban books but while we are talking about the silly proposal, let’s at least recognize that historians have called out revisionism on the right and the left.