The other shoe dropped today.
After Arkansas state representative Micah Neal was indicted for his part in a kickback scheme involving Western Arkansas non-profits, including Ecclesia College, speculation mounted that state senator Jon Woods would also be indicted. The fate of others mentioned in the Neal indictment was not as clear. However, today a federal grand jury released indictments of Woods, Ecclesia College president Oren Paris III and their mutual friend Randell Shelton, Jr.
Read the indictment here.
According to the indictment, Neal, Woods, Shelton and Paris conspired to defraud the citizens of Arkansas. 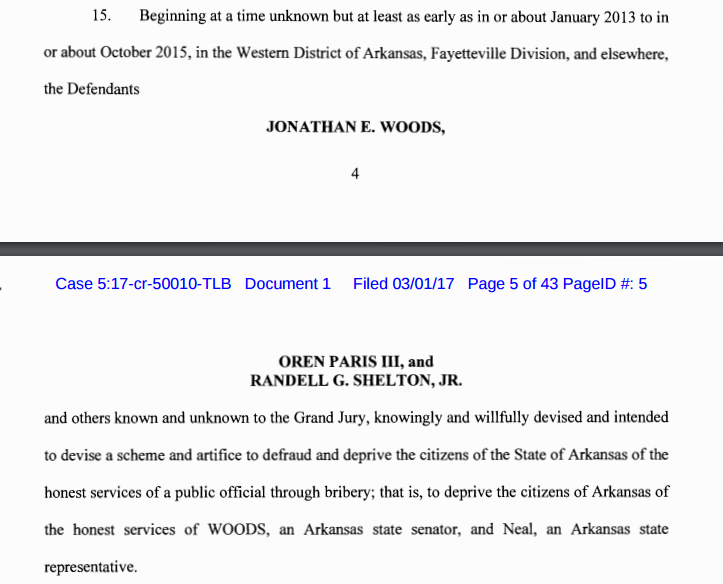 The purpose of the arrangement was to enrich all of those indicted. From the indictment: 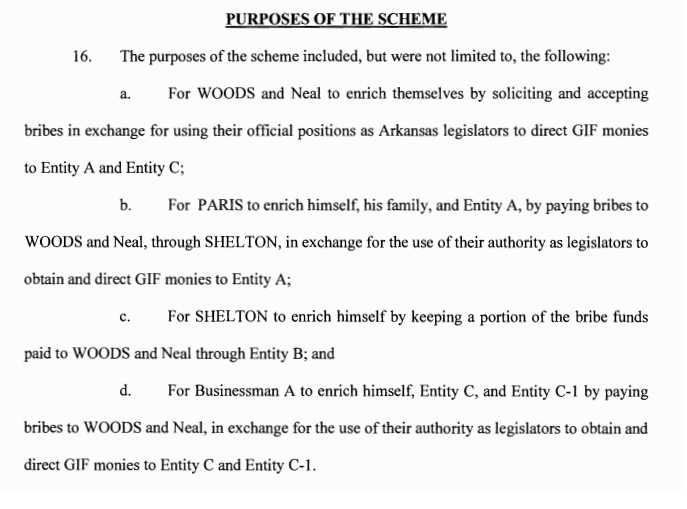 The indictment spells out in detail the communications between Paris, Wood and Shelton.
Despite the indictment, Ecclesia’s board is standing by their man. A couple of hours ago, the college posted the following letter on their Facebook page. 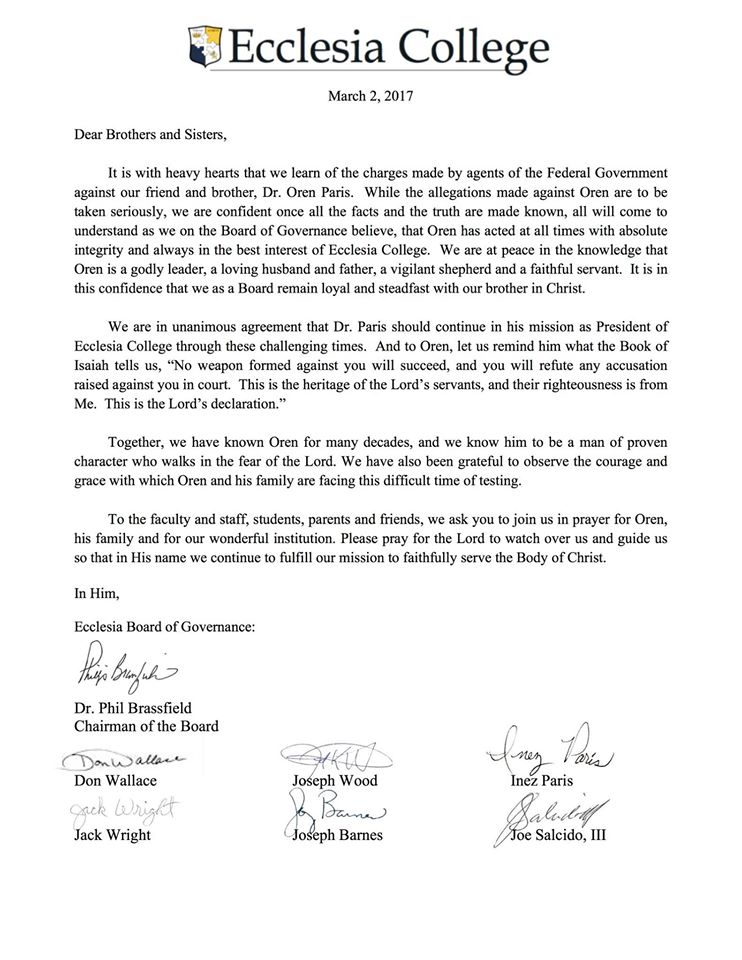 Ecclesia College also lists a Board of Regents with notable Christians such as Pat Boone, David Barton, and Eric Metaxas.