In June 2014, the head of one of Ted Cruz’s Super PACs, David Barton visited Ukraine and, among other things, told a group of pastors that John Locke’s Two Treatises cited 1500 Bible verses of how government should operate (recently debunked with the help of Greg Forster). According to his Facebook page, Barton went back last week to spread the Christian nation gospel.

We’ve been in Eastern Europe this week. This country is wanting to move toward a new constitution that inculcates many of the principles of our American constitutional government, including its alliance with religion and morality. I spoke at what is considered their premier university and law school, and then met with some heads of their departments. We are also helping with the development of military personnel and programs here, including the addition of chaplains to the military (some of our best and most-Godly military leaders will be helping them over coming weeks). During the trip, we dined at a local restaurant, and we captured some of flavor of this wonderful country and its precious people in the video below. (They even played a western swing song — quite an interesting sound on Eastern European instruments!) The panoramic picture is of a law class where I spoke at the university, and the large red building is a university here. There is also a choir singing inside a government building (the yellow room in the picture) as part of our awards ceremony, and then the group of 55 special students from across the country we honored with awards last night for their contributions to the movement to create a new constitution here — one built on Godly values and the rule of law, modeling much of the original intent of the American constitution. I spent 2 hours after the law school yesterday speaking to these students, and then answering their questions. They were a remarkable and bright group — a great future for this nation!

Judging from one of the Facebook pics, Barton spoke at the Taras Shevchenko National University of Kyiv. 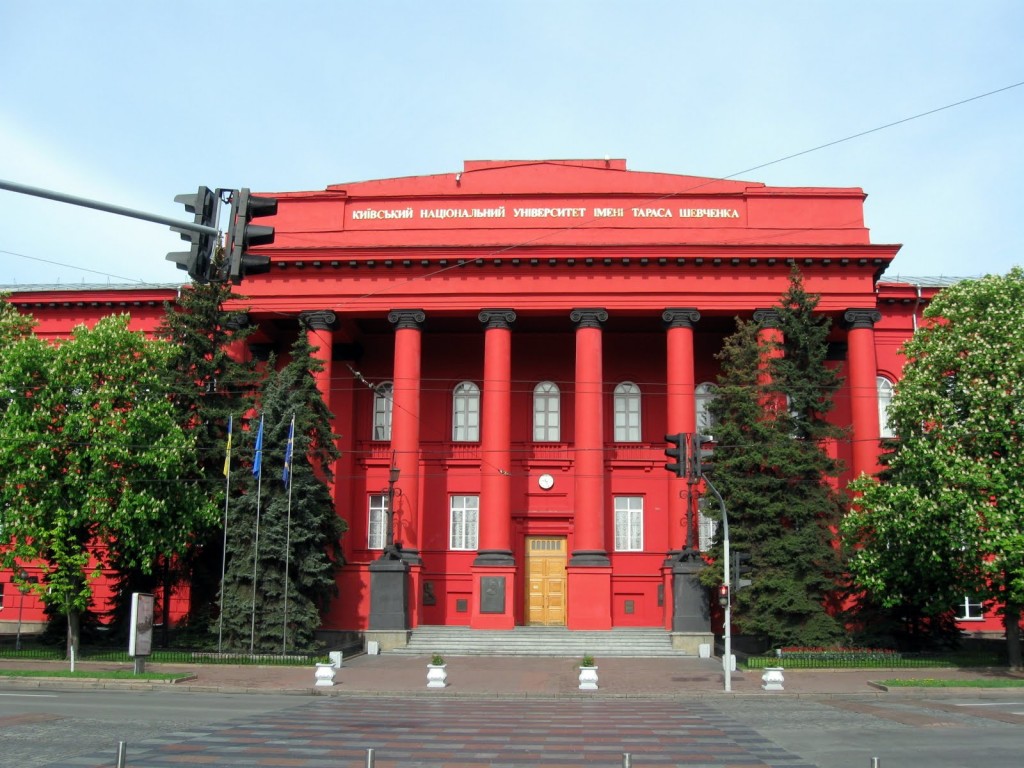 Hopefully, Ukraine will have some politicians and citizens who advocate for principles in our actual Constitution, not the make-believe one Barton claims quotes the Bible.
To those contemplating a Ted Cruz presidential run: Consider that Barton runs one of Cruz’s Super PACs and has been a long time Cruz supporter. How does a Secretary of Education David Barton sound? Ambassador to Ukraine?