In a major departure from past practice, Gospel for Asia changed their ECFA page to include their U.S. financial information. Citing security concerns, GFA has declined to reveal this information on the web, but instead required interested parties to request it by mail. Up until now, the ECFA has allowed charter member GFA to be exempt from usual practice. 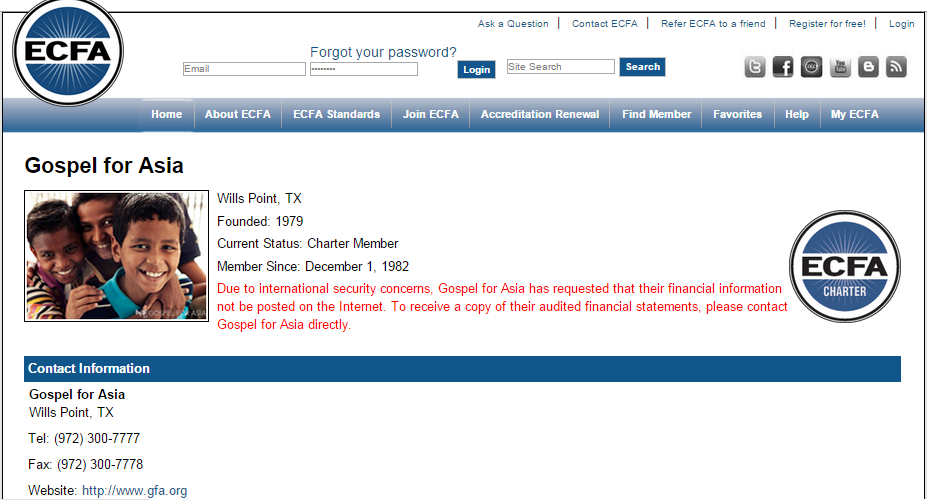 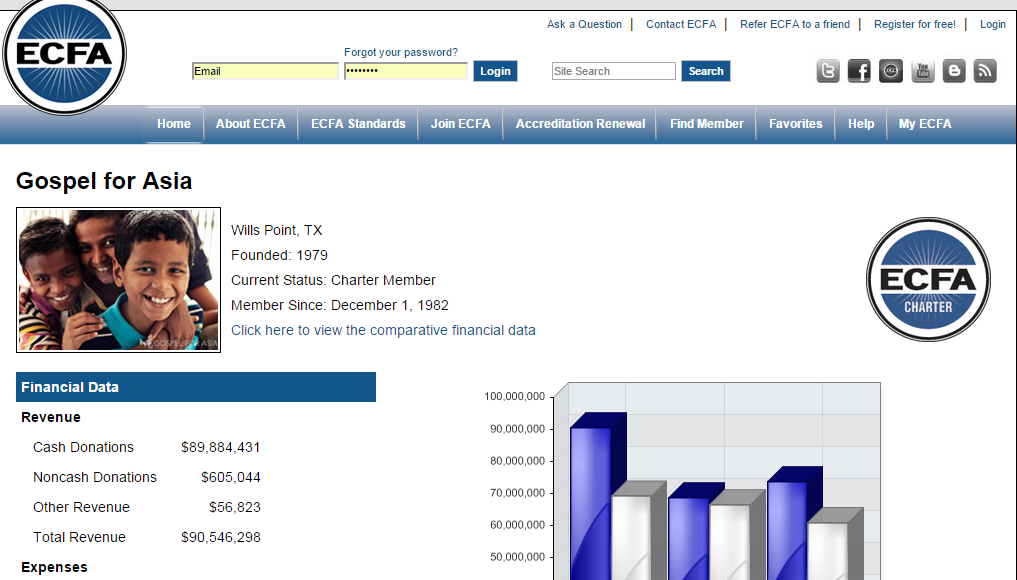 In a prior post, I noted that GFA sent $58 million to India but the FC-6 forms there show only a little over $6 million received from the U.S. Perhaps, GFA is moving toward more transparency. If so, the organization still has a long way to go to explain this discrepancy, as well as the money exporting to India, and discrepancies in the Bridge of Hope program reporting. Clearly, the organization is raising massive amounts of cash but has yet to explain why so much is sitting in Indian banks.
Given this change, perhaps the ECFA has been in talks with GFA and is privately working to bring GFA into compliance with ECFA guidelines. If this is true, don’t expect ECFA to alert the donating public. If the ECFA and GFA don’t see things the same way, my guess is that GFA will quietly give up their membership with no explanation.