It is official: Quest Church in Seattle has purchased the old Mars Hill Ballard location. In a press release out late last night, the church announced that it will rent the building to Cross and Crown Church, the current occupant until they can move into a new facility. 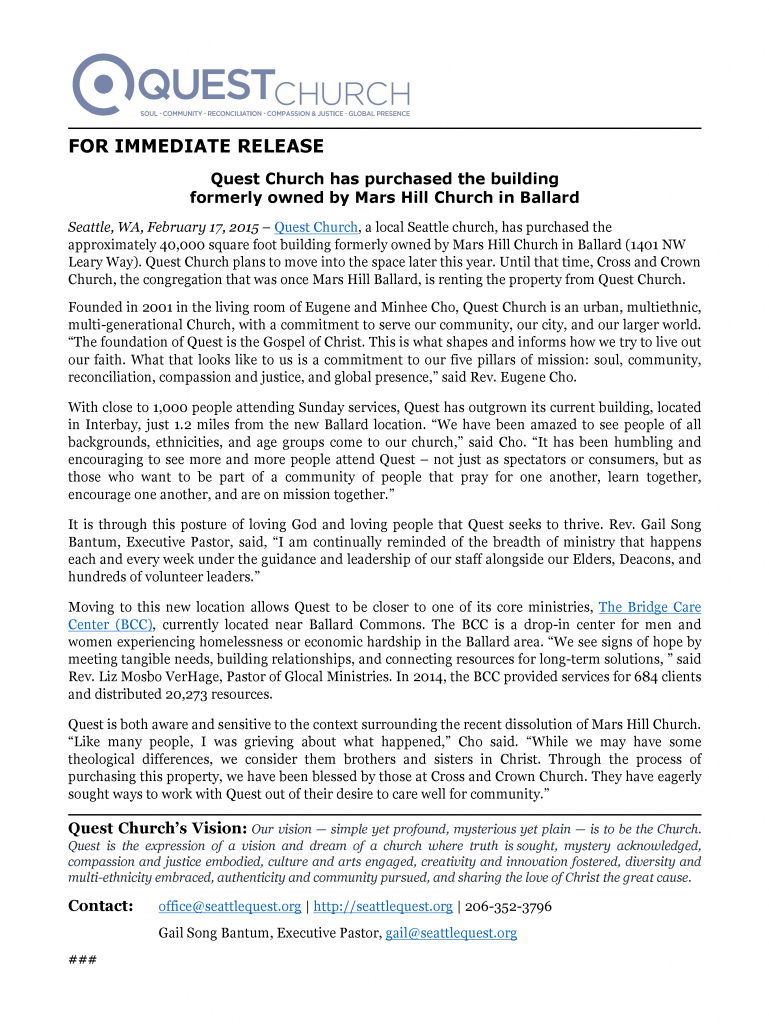 Sources in a position to know have told me that Cross and Crown Church leaders (formerly Mars Hill Ballard) plan to move into the old Mars Hill University District building sometime later this year. Mars Hill Church is in the process of selling and distributing assets, including this sale and the distribution of the University District building to Cross and Crown.  Mars Hill has been silent about the pace of dissolution. At one point since the announcement of Mars Hill’s closing, executive elder Dave Bruskas told me that the press@marshill.com account was being monitored. However, no answers have come as the result of inquiries to that account.