Last week, I noticed something about the independent churches “birthed” by Mars Hill Church (see directory). Most don’t mention their parent church on their website.
To me this seems odd since the Mars Hill Church website says this: 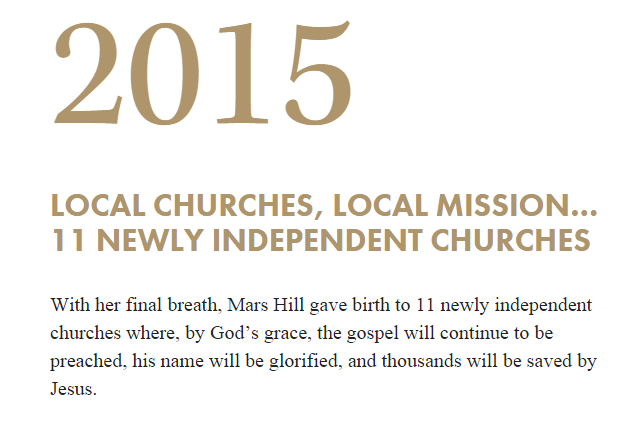 If I had given birth to 11 kids, and they didn’t talk about me, I might be a little hurt.
I did a Google search of the new church websites and found that only Mars Hill Albuquerque (now North Church), described the link to the Mars Hill legacy. One church — Ed Choi’s Rainier Valley Church — acknowledged that Choi had been a pastor at Mars Hill, but there was no explanation of the relationship between the two churches. Two of the church website searches returned mentions of Mars Hill (Resurrection Church and Cross and Crown) but when I went to the page, the reference to Mars Hill had been deleted. Mars Hill West Seattle archived Daivd Farichild’s sermons as being preached at Mars Hill West Seattle but did not give an explanation. The rest had no mention of Mars Hill.
The presentation on these websites make it seem like the churches just emerged without history. In fact, Mars Hill hasn’t dissolved as a corporation and these churches are waiting for more money from the mothership.