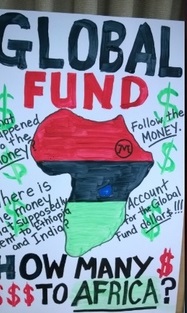 A petition posted today “Mars Hill Church – Walk in the Light” at Change.org asks the Evangelical Council for Financial Accountability to suspend the membership of Mars Hill Church. The petition specifically points to a memo on Mars Hill’s Global Fund which planned to use “highly visible” mission projects as a draw to gain donations which were mostly used to support Mars Hill’s expansion and current expense spending. Very little actually went to missions according to the church, although Mars Hill leaders will not disclose details about how much went to missions and how much to fund current expenses.
The petition states:

Despite numerous scandals of confirmed deception to donors Mars Hill Church points to its ECFA standing to assure donors of its accountability and transparency. This is misleading donors and frustrating members and ex-members who are calling for financial questions to be answered.

The statements of support for the petition are quite strong. Alexa Shelley wrote:

I’m signing because it’s time for the Church to get its own house in order before the IRS does. ECFA is not doing its job and does the evangelical world no favors by looking the other way in the glaring light of Mars Hill’s obvious failure to walk in a manner worthy of the Gospel in its financial (and likely other) affairs.

Using promo videos of foreign locations to get people to give to “missions”, while spending nearly all the money raised for U. S. buildings and keeping the exact amount secret (as revealed in a recent internal memo), is a disgusting and immoral practice. Mars Hill needs to own up to exactly what was planned and done with the Mars Hill Global Fund, and promise transparency going forward.