Yesterday on the Dr. Oz Show, Christopher Doyle and Julie Hamilton presented reparative therapy as one option for people with “unwanted same-sex attractions.” They also portrayed their position as accepting of GLBT people and urged unconditional love in response to young people who experience attraction to the same sex. At one point, Doyle sounded angry and shouted from the audience that a panelist was misrepresenting his position on the subject of acceptance.

When one of the panelists (Brad Lamm I believe) said that reparative therapists stigmatized gay youth, Doyle protested that his position was being misrepresented. However, in a 2010 WorldNetDaily article titled “Warning to Homosexual Youth: It Gets Worse“, Doyle’s stance was exactly as Lamm described.  About gay youth, Doyle said

It’s all too typical for homosexual activists to justify their behavior by claiming “we’re born that way” and then blame the tragic consequences of their actions on an intolerant society. But pushing this lie to young people is the ultimate death sentence for those who do not want to live a homosexual life. It offers no hope to youth who are struggling with unwanted same-sex attractions, and it’s unconscionable to lure young people into behavior that has so many serious risks, and then deny them the opportunity for change.

The facts reveal that even in the most gay-friendly cultures, it’s not society that is responsible for the consequences of homosexuality; it’s the behavior. It really makes one ask the question, just what about the homosexual life gets better?

If Doyle doesn’t believe this anymore then he needs to get WND to remove the article from their website or print a retraction.

At 2:45 in this clip (videos from Dr. Oz’s site cannot be embedded; click the link to watch) GLSEN’s Eliza Bayard expresses the fact that reparative therapy by definition implies that there is something about the same-sex attracted person that needs to be changed. At 2:52, the camera moves to Julie Hamilton who is shaking her head in disagreement with Bayard. 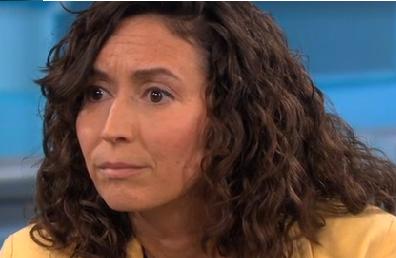 She then says she agrees with Bayard and says at 3:10:

Reparative therapy does not tell children that there is something wrong with them.

At that point Bayard and another panelist rightly interrupt Hamilton and ask how she can suggest that reparative therapy is not trying to fix an illness or a wound. In the next clip, Hamilton says that as a starting point, reparative therapy tries to help people be more comfortable with themselves.

Hamilton’s denial of the essential tenets of reparative therapy is astounding. Until he was corrected by me in 2006, Joseph Nicolosi, one of the founders of reparative therapy, told Love Won Out audiences that homosexuality is a gender identity disorder. In his newest book, Nicolosi continues to claim that homosexuality is the result of faulty parenting. Hamilton in an article on the NARTH website paints a picture of normal, healthy development and then says gays don’t experience that:

In 2009, Hamilton co-edited a book called Handbook of Therapy for Unwanted Homosexual Attractions: A Guide to Treatment. In it, Nicolosi’s chapter on the meaning of same-sex attraction has this to say:

The homosexually oriented man typically carries a deep sense of shame for his strivings to make a connection with the masculine. On some level, he believes he is defective, insignificant, and depleted in his masculinity. Homosexual acting-out seems to promise reparation of those negative feelings, i.e., attention, admiration, and masculine reassurance, adding with it the reassurance that he truly does possess a worthy male body. (p. 37)

Also in this chapter, Nicolosi contrasts the “true self” (heterosexuality) with the “false self” (homosexuality). This chapter makes it very clear, in contrast to what Hamilton said on Dr. Oz, that reparative theory does tell people that something is wrong with them. Perhaps the therapist does not use those exact words and say, “there is something wrong with you,” but given what these therapists do teach, it is no wonder that Hamilton got a shocked reaction from her opponents.

If Doyle and Hamilton really believe that their theory only covers a small subset of same-sex attracted people then the burden is on them to explicitly reject their past statements and writings which indicate they believe all homosexuality is the result of dysfunctional parenting or abuse. If they really believe that GLBT people can live healthy, functional lives, then they need to explicitly reject much of what is on the NARTH and PFOX websites and make clear statements to that effect. Until then, their claims will continue to fall on skeptical ears.