This is an update on the collection of claims that Sarah Palin cut everything in sight as Alaska Governor.
Various bloggers have claimed that Palin cut funds to Catholic charities and it made at least one mainstream source as well. In a September 11 op-ed, Margaret Carlson claimed:

Palin, who said parents of special-needs children would have an advocate in the White House, cut funds for the Special Olympics, Catholic Charities and Covenant House. It would be good to know what she favors that parents need.

I have examined the Special Olympics and Covenant House claims here and found them false. The Catholic charities claim is a similar kind of claim but a bit more complex.
First, I cannot find a line-item or listing for Catholic Charities in the FY 2008 or FY 2009 Alaska budgets. In the FY 2008 budget (7/1/07-6/30/08). However, Catholic Community Services in various locations was allocated funding for several projects. Here is the FY2008 breakdown: 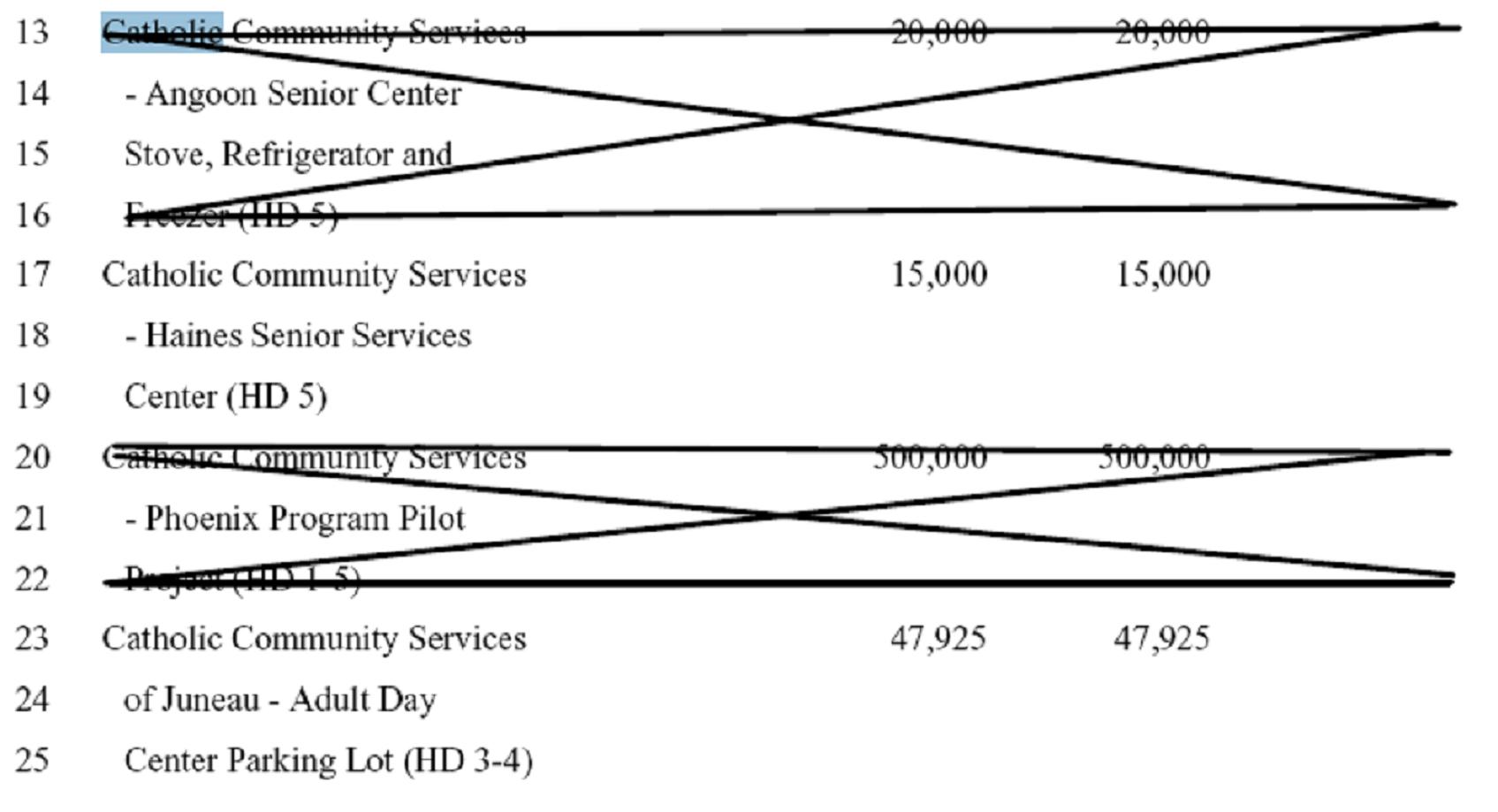 By my calculations, the AK legislature proposed $582,925 in four capital projects and the Palin administration left $62,925 intact. According to the Palin administration’s rationale for vetoes, the $20,000 for the freezer would have been duplicate funding (apparently another source was found) and the $500,000 would have created “new facilities and programs.” Wilda Laughlin, spokesperson for the AK Department of Health and Social Services told me that most requests for new facilities were not funded with the priority given to refurbish existing infrastructure (e.g., the parking lot).
Now look at the FY2009 budget and funding for Catholic Community Services: 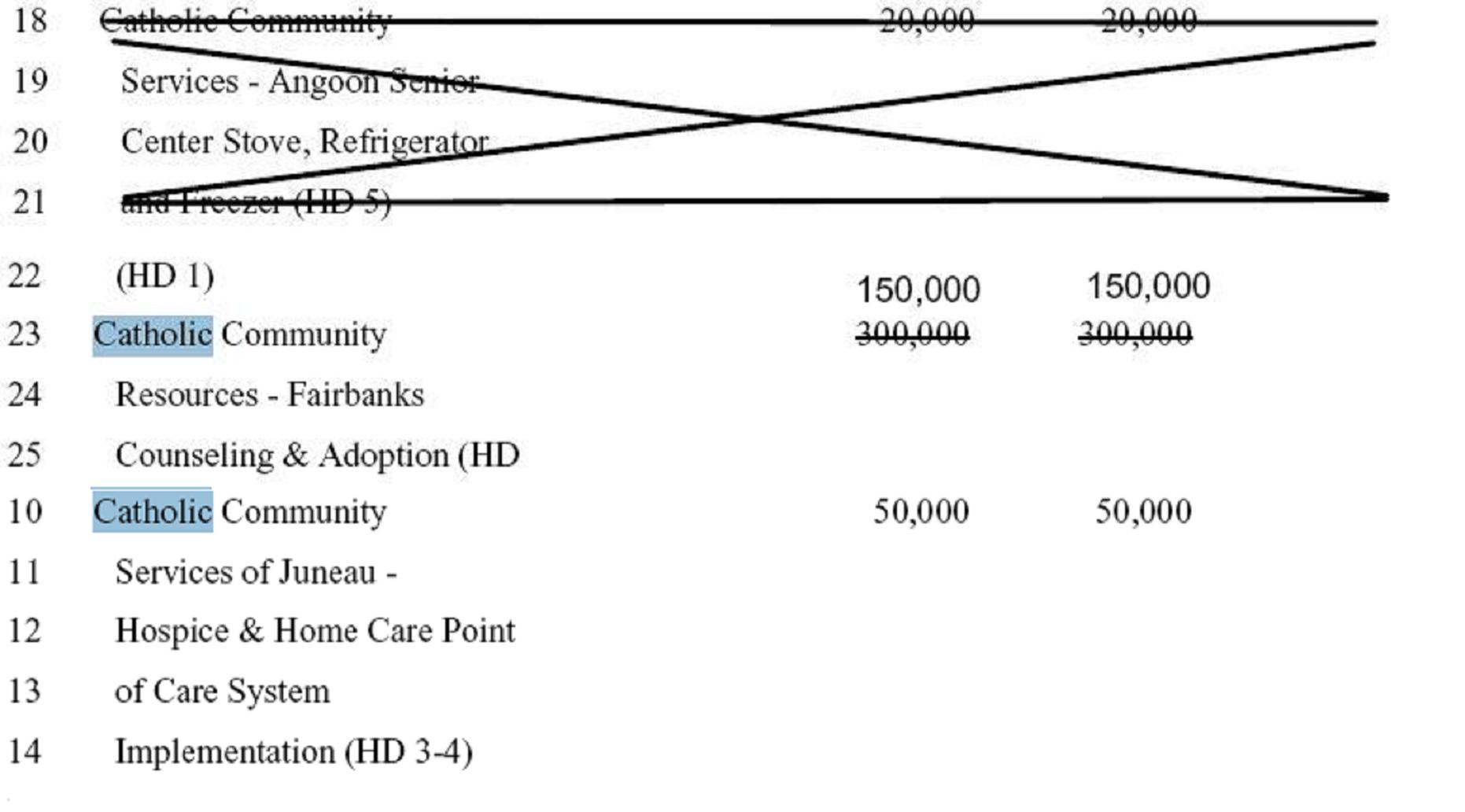 The Angoon folks still didn’t get their freezer and frig but the Juneau branch received $50,000 for Hospice care and the Fairbanks branch received $150,000 that they did not have before. Again, the charge regarding a cut relates to a reduced increase, and not a cut. As a legislator, it is relatively easy to ask for money for a constituent’s project knowing that the Executive branch has to balance the budget. In summary, the legislature proposed $370,000 in three line items, with the final budget allocating $200,000 to Catholic Community Services. CCS received almost six times as much funding in FY2009 as in FY2008. I do not see how this can be considered a cut.
In fact, the Director of the Catholic Community Services was happy to get the funding, saying in this May, 2008 article,

Palin also halved funding for counseling and adoption services at Catholic Community Resources. But Camille Connelly-Terhune, the group’s executive director, said the group was “thrilled” with the $150,000 it did get.
“It gives us the option to continue our services,” she said.