ThinkProgress has produced another inaccurate and misleading claim about Sarah Palin’s actions as Governor of Alaska.
They claim that she cut funds to Special Olympics in an obvious bid to paint her as a hypocrite given that she has a Down Syndrome son and she asserts that she will be an advocate for families with special needs kids.
Here is the 2007 budget with the Special Olympics line item: 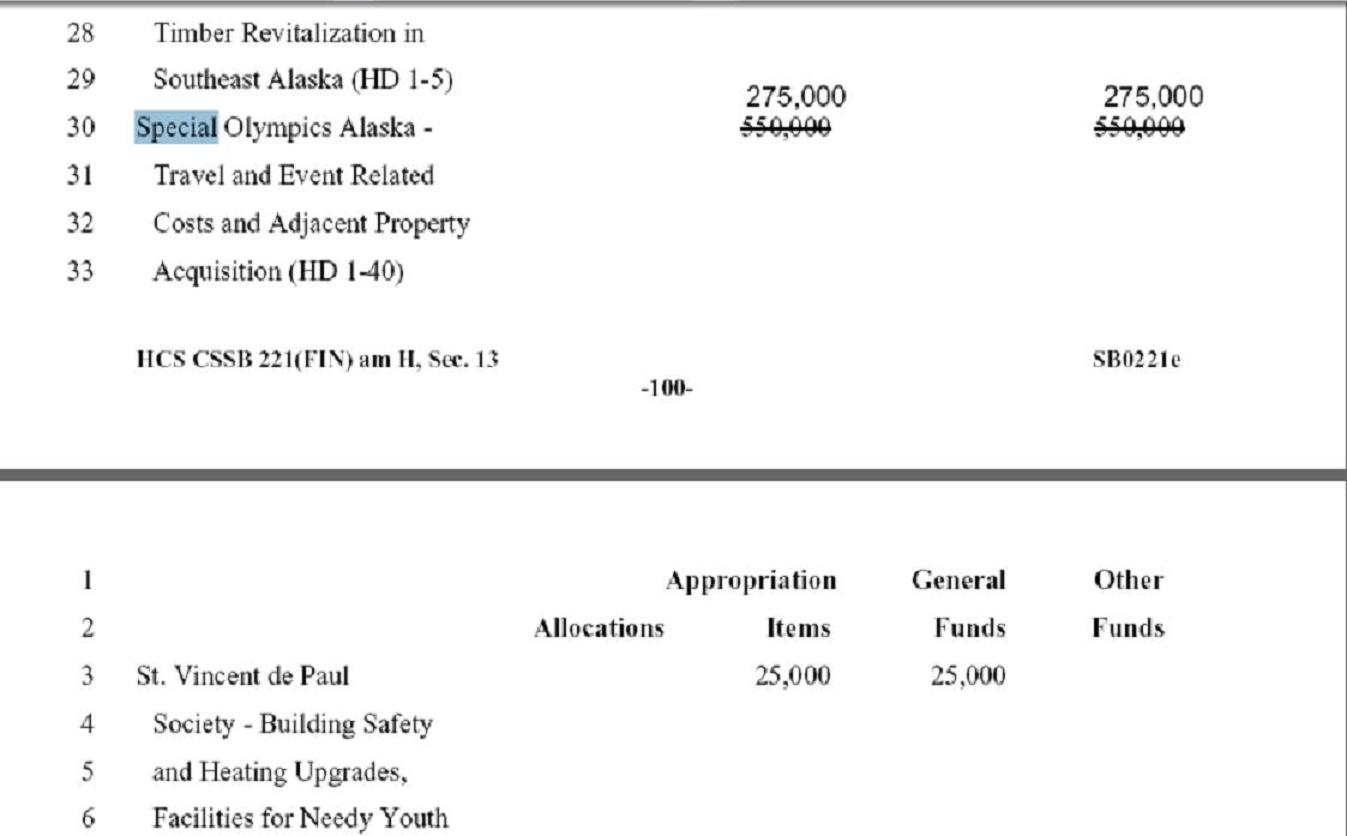 The program received $275,000 for a 10% increase.
This type of attack is getting old. Palin opponents are going through these budgets looking for reductions in legislative allocations and then calling Palin’s program management “a cut in funding.” In fact, under Palin, Special Olympics received a 10% increase in funding.
ThinkProgress says that the Special Olympics operating budget was cut in half. Given what the 2007 budget says, I believe that claim to be incorrect. It appears that the projects funded “facility upgrades” in 2007 and “travel and event related costs and property acquisition” which were designed to supplement the Special Olympics. I went back to 2005’s budget and the Special Olympics only received $125,000 in that year. A review of Special Olympics 990 form shows that they received just over 1.8 million in revenues in 2006 and so this allocation from the state of Alaska did not slash their operating budget.
UPDATE: 9/18/08 – ThinkProgress made a bit of a clarification but didn’t really correct their misleading post with this:

It’s a stretch to say she “pushed” for any policy improvements. Though Palin did sign a law increasing special education funding in Alaska, “she had no role whatsoever” in its development, according to the bill’s author, Rep. Mike Hawker (R). Moreover, as governor, Palin vetoed $275,000 in Special Olympics Alaska funds (Page 100, SB 221 with vetoes),
Update: To clarify, the documents show that Gov. Palin proposed cutting the Special Olympics budget in half. The actual budget as passed slightly increased Special Olympics funding, though by only half of what the organization had requested.

No, Gov. Palin did not propose cutting the Special Olympics budget in half. She reduced a proposed 120% increase to a 10% increase.