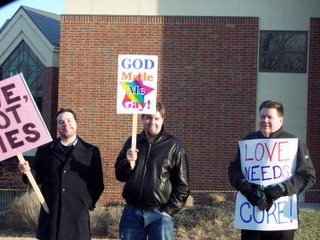 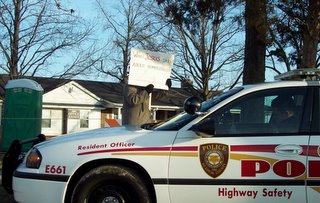 [To the left is a protestor, the police (they were everywhere, and a portajohn supplied by (as I understand it) the church.]

I went to the Love Won Out in St. Louis this weekend as an observer. I will post more about the inside view later, but not tonight as I am nearing sleep. Instead I’ll post more pics than comments. I will say that I would guess the estimates of 400 at the protest are pretty accurate, maybe more. It was indeed peaceful when I saw it. It was a pleasure to run into Colleen (CK) who posts here now and then. I was very glad she ran over to my car where I was taking pics of the crowd. I will have more to say about the conference itself in due time. 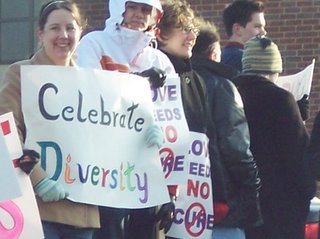 [To the right: Colleen is asking herself: “who is that weirdo with the camera?”] 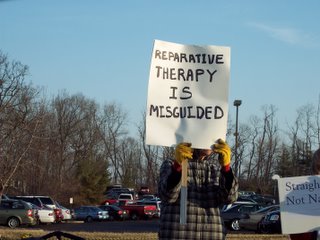 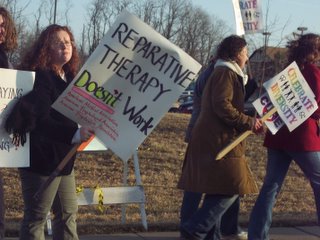 Warning: Understatement alert! Reparative therapy was not popular among the crowd.