In Revolution in World Missions, K,P. Yohannan says the money needed by the rest of the world’s churches is held by North American Christians. Because he believes this, he has strong words for church leaders who construct expensive churches:

Is it God’s fault that men like Brother Paulose are going hungry? I do not think so. God has provided more than enough money to meet Paulose’s needs and all the needs of the TwoThirds World. The needed money is in the highly developed nations of the West. North American Christians alone, without much sacrifice, can meet all the needs of the churches in the Two-Thirds World.
A friend in Dallas recently pointed out a new church building that cost $74 million. While this thought was still exploding in my mind, he pointed out another $7 million church building going up less than a minute away.
These extravagant buildings are insanity from a Two-Thirds World perspective. The $74 million spent on one new building in the United States could build thousands of average-sized churches in South Asia. The same $74 million would be enough to guarantee that the Good News of Jesus Christ could be proclaimed to a whole Indian state—or even some of the smaller countries of Asia.
But I rarely spoke out on these subjects. I realized I was a guest. The Americans who had built these buildings had also built the school I was now attending, and they were paying my tuition to attend. It amazed me, though, that these buildings had been constructed to worship Jesus, who said, “The foxes have holes, and the birds of the air have nests; but the Son of man hath not where to lay his head” (Matthew 8:20).
In Asia today, Christ is still wandering homeless. He is looking for a place to lay His head, but in temples “not made with human hands.” Until they can build a facility of their own, our newborn Christians usually meet in their homes. In nonChristian communities, it is often impossible to rent church facilities.
There is such an emphasis on church buildings in the United States that we sometimes forget that the Church is the people— not the place where the people meet.
But God has not called me to fight against church building programs—we try to provide adequate church buildings for the small but growing Asian churches whenever possible. What troubles me much more than the waste is that these efforts often represent a worldly mindset. Why can’t we at least earmark 10 percent of our Christian giving for the cause of world evangelism? If Christians in the United States alone had made this commitment in 2000, there would have been nearly $10 billion available for Gospel outreach! (Revolution in World Missions, pp 47-48.)

I am not drawn toward large churches or extravagance so I can relate to Yohannan’s negative reaction. Some of my interest in the Global Fund story at Mars Hill Church was driven by my curiosity about what Mars Hill did with the funds given for missions. As it turns out, much of the money (“the preponderance”) was spent on U.S. expansion rather than supporting the basic needs of mission pastors.
In my interviews with former GFA staff, a recurring topic is the discrepancy between the rhetoric of moderation and the reality of excess. A case in point is the relocation and building of the new GFA compound at Wills Point, TX. The project cost around $45 million. Staff were told that the project would save money. Former staff I have talked to indicate that they had to spend more money to live when they moved to Wills Point than before the move. More about that in the days to come.
Below is a picture of Gospel for Asia’s headquarters completed recently. There is a gallery of the GFA campus posted (for now) at HH Architects website. 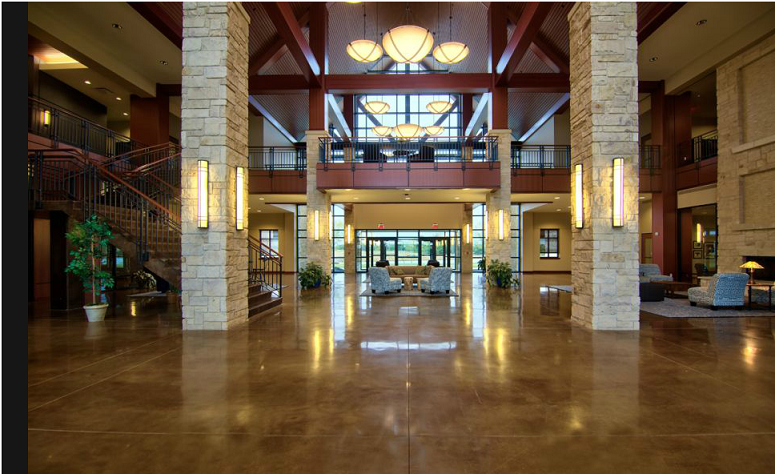 Here is the multimillion dollar chapel. 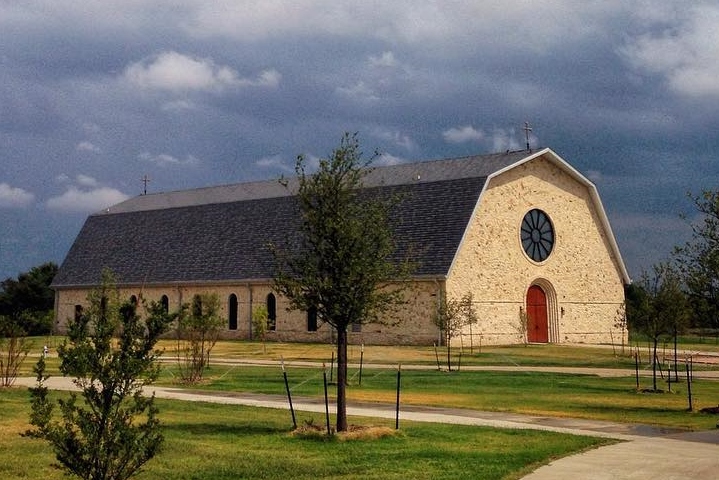 I realize things cost money and GFA needs a headquarters. However, this project required nearly $20 million from “the field” to complete. Believers’ Church in India had to borrow $20 million for GFA’s American offices.* I am trying to reconcile this what I read in Revolution in World Missions.

*I need to add that the project included staff housing, including for K.P. Yohannan. Numerous homes were built along with the HQ.