Since at least mid-2013, David Barton has been telling church audiences that violent crime has gone up 694% since the Supreme Court ruled on prayer and Bible reading in public schools. I wrote first about this in 2013, and then again last year. Recently at First Baptist Church in Eastland TX, he made the same false claim. Watch:

His chart demonstrating a rise in crime from the early 1960s only goes to the mid-1990s. There was a rise in crime during that period. However, the crime rate has dropped dramatically since the mid-1990s until the present. Barton has never explained that. It is as if he still thinks it is 1995.
In June 2013, Barton showed Crossroads Church (OK) this chart (dark because it is a screen cap) and made the same claim he made to the First Baptist audience. 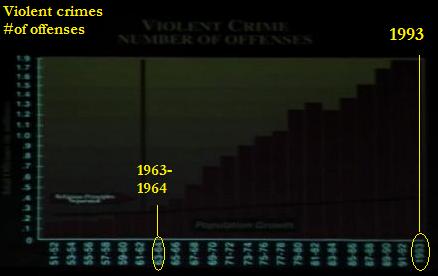 According to the Department of Justice, homicides were at 1963 rates in 2011. 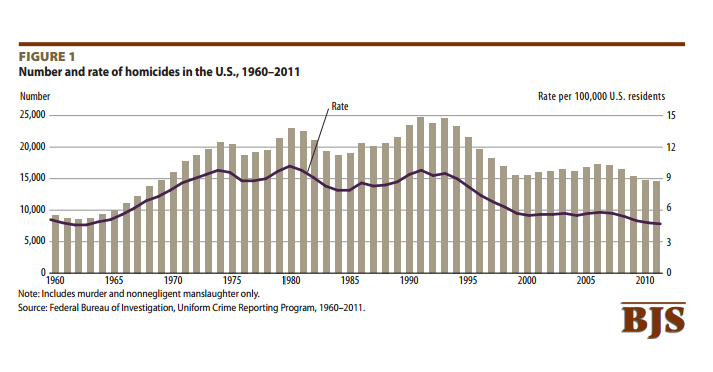 Violent crime has declined since the mid-1990s and continued to decline in 2013. Barton must want it to be the mid-1990s but it is not. The actual data since the 1960s doesn’t support his claim but he keeps making it to church groups all over the country.