March 19, 2015
Dear Mr. Busby:
We write as former members hoping to engage you in a discussion of our experience at Faith Christian Church in Tucson, AZ.
We are aware that Faith Christian Church has been a member of the ECFA since 2004. Many of us have attended since then and are aware of the practices of the church while it was a member in good standing with the ECFA.
We saw in the March 12 issue of the Arizona Daily Star that the ECFA is conducting an investigation of Faith Christian Church and has sent an executive to Tucson for that purpose. We welcome this news, however we respectfully ask that the ECFA investigators speak to former members about violations of ECFA guidelines.  We can offer unique insight to the financial policies that current members or current church leadership cannot.
In violation of ECFA’s Donor’s Bill of Rights, most of us experienced pressure to donate at least 10% of our income while at the church.  In fact, it is clearly written in their membership that tithing is a requirement for membership.  If someone did not comply with this requirement, they were often notified that they were not trusting in the Lord and that they would be cursed.  The pastor, Steve Hall, often said he would not pastor cursed people. Weekly, most of us gave our 10%, but the church also encouraged a financial offering on top of that.  We could not designate where our tithe went, but we could designate where we wanted the offering to go (missions, building fund, etc.).  Sometimes, staff members from the church would ask to see the tax returns or bank statements of church members so that the leaders could know the exact figure the members were to give. Some members were even pushed out of the church for not giving the required amount.
Church members were allowed to see the church budget if they asked, although most of us would have felt uncomfortable doing so.  The financial statements were never reported in a church bulletin or discussed at a church meeting.  There was no outside agency that helped determine church spending, salaries, audits, or financial policies, although Steve Hall did use a formula to justify his salary of $100,000+  a year.  Non-staff members did not know how the tithe was being spent.
We ask that you contact ___________ at ­­­­­­­­­­­­_____________ or _____________ to facilitate interviews with former members for the purpose of investigating the issue of compliance by FCC with ECFA standards.
Sincerely,
The Undersigned Former Members (22 names redacted at their request). 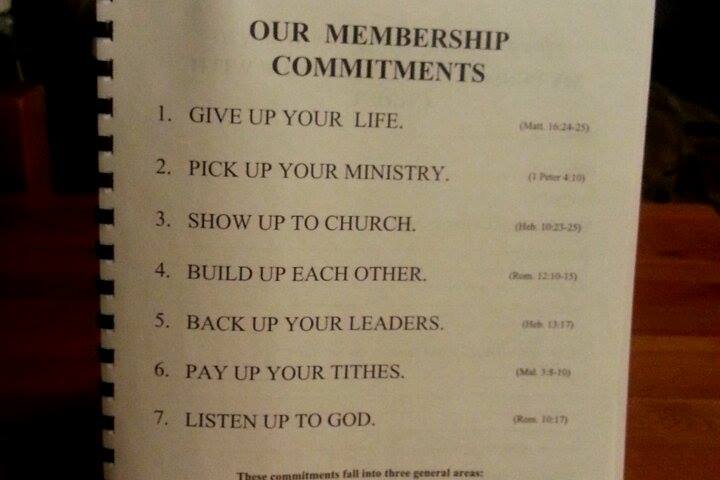