If there are any doubters that Barack Obama was a member of the New Party in the 90s, this may clear it up.
From the New Zeal blog, here is a screen capture of the newsletter announcing the success of New Party member Barack Obama in his state senate election. Note the quote… 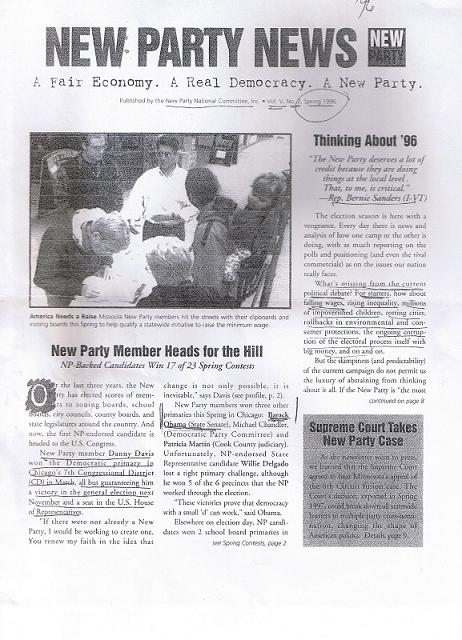 Socialist Bernie Sanders approved as you can see. Bernie Sanders (I-VT) has a less liberal voting record in the Senate than does Obama.
I am not trusting enough to think Mr. Obama will cast aside his far left mentoring and govern from the center, especially if he gets majorities in the House and Senate.