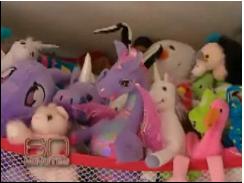 Recently, I posted a link to a NPR broadcast outlining two approaches to treating children who are gender non-conforming in their play and activity preferences. In light of that broadcast and the controversies surrounding these different approaches, I provide an update from Danielle, the mother of twin boys first featured in a 60 Minutes broadcast originally aired on March 12, 2006. The segment, titled Science and Sexual Orientation, was by any measure a provocative program. The producer answered numerous questions about the show on the CBS website and many blogs, including this one, provided commentary. I still use the clip in some of my classes to illustrate a variety of issues regarding how the media interprets sexual orientation research.

One of the most interesting aspects of the show was Leslie Stahl’s interview with twin 9-year-old boys, Adam and Jared. Recently, the mother of the twins, Danielle, wrote researcher Michael Bailey with an update regarding her son, Adam. Dr. Bailey and Danielle allowed me to share the note on the blog. She does not preach or lecture but rather reports on her experience. First, to set the stage, I want to reproduce an excerpt of the 60 Minutes segment introducing Adam and Jared:

The bedrooms of 9-year-old twins Adam and Jared couldn’t be more different. Jared’s room is decked out with camouflage, airplanes, and military toys, while Adam’s room sports a pastel canopy, stuffed animals, and white horses.

When Stahl came for a visit, Jared was eager to show her his G.I. Joe collection. “I have ones that say like Marine and SWAT. And then that’s where I keep all the guns for ’em,” he explained.
Adam was also proud to show off his toys. “This is one of my dolls. Bratz baby,” he said.

Asked if he went to school like that, Adam says, “Uh-huh. I just showed them my nails, and they were like, ‘Why did you do that?'”

Danielle, Adam and Jared’s mom, says she began to notice this difference in Adam when he was about 18 months old and began asking for a Barbie doll. Jared, meanwhile, was asking for fire trucks.

Not that much has changed. Jared’s favorite game now is Battlefield 2, Special Forces. As for Adam, he says, “It’s called Neopets: The Darkest Faerie.”

Asked how he would describe himself to a stranger, Jared says, “I’m a kid who likes G.I. Joes and games and TV.”

“I would say like a girl,” Adam replied to the same question. When asked why he thinks that is, Adam shrugged.

In this email, Danielle reveals that at one time Adam thought he would like to be a girl. In fact, she considered puberty delaying drugs to allow Adam more time to reflect about his gender identity. At one point, he wanted to be a girl and bear a child via his own body.

With this update, Danielle discloses that Adam is not as definite about wanting to transition as he once was. She reports that he has adopted a male identification, albeit a somewhat unconventional one. Here is her update:

Adam has changed since we did the 60 Minutes show. He is the same yet different. From the research done a gazillon years ago about children like him- he’s basically following the guidelines as they were told to me. One day I would love to get my hands on the actual research papers! Anyway, he turns 12 on [recently]. He still shows a preference for society labeled “girl” items, yet he no longer states he wants to change his body into a girl. He no longer talks about having a baby from his actual body or wanting to know when he will start to grow his breasts.

I think most of these changes are due to society (school peers) and his awareness of the actual facts of life. His favorite color is now purple instead of pink and he still prefers to buy “girl” tennis shoes. He dreams of becoming an actor/model and being a professional chef. As I stated, from what I know of this past research, he’s reaching the age where he’s blending in with his peers. I expect the next two years of Middle School to be difficult ones. Then he goes into High School where differences are just a way of life. I’m thinking he may actually find out who he is some time towards the end of High School. Again it follows what I know of this mysterious research paper.

I belong to several email groups with other families that have children like Adam. I don’t participate much because I’m not sure if most of them are following the right path with their children. I often wonder “if” I had told Adam that “yes” he could be a girl when he became old enough would he have stayed on that track of thought? However, at the urging of his therapist, I told him I understood he felt he was a girl yet he was really a boy and couldn’t be a girl. A lot of the parents are allowing their children to grow long hair, dress 100 % as a girl, and go to school with a girl name and girl clothing. Therefore they are totally embracing their child in the opposite sex role. The children are living that role and that life style. So have I done my son an injustice by telling him that he has a boy’s body and even if he wants to be a girl during school hours he had to be the boy as his body was made? Then again, I have allowed him to wear just about anything he was comfortable wearing.

It’s a dilemma that I don’t think we will know the end of until this generation of children grows up. What happens if some of these children that have male bodies but are living life as a girl all through grade school finally reach an age where they decide they really don’t want to have a sex change and be a physical girl? Then what will the ramifications be on that child because of the parents’ actions?

It’s not like my child has Down syndrome and I can go to the library and check out 100s of books to get guidance on how to raise him. There just isn’t much out there for parents who face raising a child like my Adam. I have so many questions about parenting him and very little answers. So I go with my gut and wonder daily if I have made the wrong decision or if these other parents are making the wrong decision. Then again, what may be the wrong decision for one child in this situation may be the right decision for the other. Ah, what a world we live in! Fifty years ago we wouldn’t even be having these types of conversations or email groups.

I have to share something about Adam. I have often wondered how these other kids are developing compared to Adam. Many in the groups have started hormone therapy to stop puberty in the kids. That way the kids have more time to mature and make the final decision about the course of their lives. For the boys they won’t develop the deeper voice and the Adam’s apple and male characteristics. If they decide to transition the theory is that it will be easier without these developments. I made an appointment for Adam to have some baseline tests done. I was seriously thinking about doing the hormone therapy for him to give him more time too. However, much to my surprise he was ready deep into puberty. The doctor said we could still proceed with it but I really couldn’t expect to have undone what was already there. He was developing much earlier than expected. Now his twin, Jared, still hasn’t started into puberty. So, my question is – with boys that follow gender non-conformity – do they start developing earlier than their peers? I realize we won’t have the answer for many, many more years to come.

First of all, I am grateful to Danielle and Dr. Bailey for permission to reproduce this communication. Second, I think it is important for clinicians and advocates alike to reflect on what we can learn from this experience. As far as I can determine from available research, most boys who want to be girls later become men who don’t want to become women. Using the new paradigm with Adam may have altered his future in ways that could have added significant complication to his life.

Given that this email was sent to Dr. Bailey, I asked him for commentary.

Danielle is an admirable and unusual mother. She went to great lengths to protect Adam and to show him that she loved him regardless of his gender-related behavior and self-concept. She let Adam express his femininity (e.g., fill his room with “girls'” toys), while providing him with honest feedback about the likely results of his choices, outside their home. She also hesitated–in my view sensibly so–from encouraging Adam to begin a gender transition during childhood. I have met Adam, and I have read Danielle’s updates. I would be surprised at this point if Adam decides to change his sex. He seems a happy boy, and I expect he will become a happy young gay man.

I wonder, with Danielle, about the implications for gender-atypical children whose parents take the other, emerging, approach: allowing children to change their genders preliminary to biological sex changes in adolescence. Children like Adam start showing their behavior early (Adam at 18 months). All evidence we have suggests that only a minority (20% or fewer) of boys like Adam become women eventually. But if parents let boys become girls at childhood, will this drive up the probability? It seems highly plausible that it would. Sex reassignment is not minor medical intervention. It involves major surgery and lifelong hormonal treatments. All other things being equal, sex reassignment is something to be avoided. Of course, not all other things are equal. If a 6 year old boy wants to be a girl, it will cause him more short-term pain to refuse than to acquiesce. The costs and benefits are hard to estimate, and Danielle has been frustrated in her search for data-supported answers. It would be a fitting reward to her admirable example if people could set aside their differences (and the government could uncharacteristically support research on a controversial topic relate to sex), and begin to collect and share requisite data.

Since this email, I have corresponded more with Danielle. She has added some additional detail which I will report tomorrow. Specifically, she describes how she has responded to Adam when he has expressed questions about transitioning.