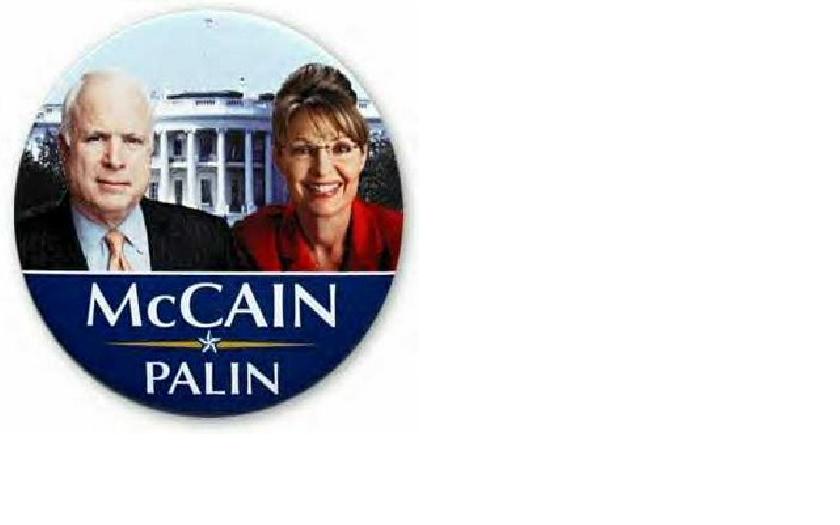 Looks like the Veepstakes goes to Sarah Palin…
The AP is not so sure, but all signs point that way…
CNN says it is so.
Here is what the McCain campaign is saying about the pick:

My Friends,
I am honored to announce that I have chosen Governor Sarah Palin of Alaska as my choice for the Republican nominee for Vice President. As a father with three daughters, I can’t express how proud I am to choose the first female Republican Vice-Presidential nominee.
Sarah Palin is a trailblazer and a reformer. As the first female governor of Alaska, she challenged a corrupt system and has been a tireless advocate for reform – passing a landmark bill on ethics reform. She has taken on the old politics in Alaska and reformed the state’s energy industry. She rejects wasteful pork barrel spending. She’s fearless – exactly the type of leader I want at my side and the type of leadership we will bring to Washington.
My friends, together Sarah Palin and I make the strongest presidential ticket and I know that she joins me in asking for your support as we head into our Convention week in Minnesota. We’re shaking things up in this campaign – and Governor Palin and I are ready to bring real reform to Washington.

Born in Sandpoint, Idaho, on Feb. 11, 1964, Palin moved with her family at the age of three months to Wasilla, Alaska, though she returned to her birth state to attend the University of Idaho, where she studied journalism and graduated in 1987 with a bachelor’s degree.
Palin is the mother of five children — Bristol, Willow, Piper, Track and Trig, who was born in April with Down syndrome.
She grew up in Wasilla, just outside of Anchorage, played on Wasilla’s state champion girls’ basketball team in 1982, wore the crown of Miss Wasilla in 1984 and competed in the Miss Alaska contest.
She began her professional career as a television sports reporter, but after she married her husband, Todd, she helped run his family’s commercial fishing business. Other professional endeavors included the ownership of a snow machine, watercraft and all-terrain-vehicle business.
She ran for Wasilla City Council in 1992, winning her seat by opposing tax increases. Four years later, she was elected mayor of Wasilla at age 32 by knocking off a three-term incumbent.
At the end of her second term, party leaders encouraged her to enter the 2002 race for the Republican nomination for lieutenant governor. Against veteran legislators with far more experience, Palin finished second by fewer than 2,000 votes, making a name for herself in statewide politics.
Palin had exceptionally high approval ratings through mid-2007 and received high marks for her accessibility, a change from Frank Murkowski’s administration.

The information about Sarah Palin is pouring in (Did someone give a speech last night?). Here is an interview with Newsmax where she discusses social and energy issues.
And a long Anchorage news article regarding her run for Gov.