In the strange but true category…
Caleb Brundidge is an associate of Richard Cohen at the International Healing Foundation. His bio on the IHF website reads:

Caleb Lee Brundidge was born in Florida and lived fifteen years in Atlanta , Georgia . He moved to New Jersey to pursue ministry and healing opportunities. Shortly after that Caleb met Richard Cohen at a NARTH conference (National Association for the Research and Therapy of Homosexuality). Being profoundly moved and impressed by Mr. Cohen’s teaching, Caleb began an active course of study with Richard and the International Healing Foundation (IHF). Together with what he learned from IHF, healing experiences with other healthy men in his life, and a deep and personal relationship with God, eventually Caleb experienced freedom from unwanted same-sex attraction (SSA). For two and a half years, he led a support group in his church for men and women conflicted about their sexuality. Following this, Caleb moved to Maryland and pursued active participation in IHF activities, facilitating Tender Loving Care (TLC) Healing Seminars, sharing his testimony at conferences, and coaching men, parents, clergy and ministry leaders. He became a Sexual Reorientation Coach in 2006. In 2007, Caleb moved to Phoenix , Arizona in order to pursue opportunities with Extreme Prophetic Ministry. There he helps men struggling with unwanted SSA through coaching and on-line support. Caleb is available for phone and on-line coaching, and speaking engagements at churches.

Mr. Brundidge is also mentioned in the beginning of this video by Patricia King. Ms. King leads Extreme Prophetic which advances some doctrines considered fringe among charismatics. See this letter that expressed significant concern about this doctrine of the dead and other aspects of her work. 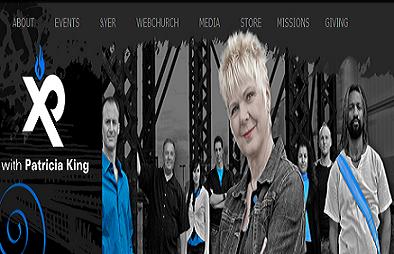 (Mr. Brundidge is to the far right)
The information describing this video mentions Mr. Brundidge as one of the individuals who lead the evangelism teams to the mortuaries.

Raising the dead has always been a mandate of the church. Jesus commissioned us to go in His name and preach the good news of the Kingdom. He then went on to explain, that includes healing the sick, casting out demons, and raising the dead. Our evangelism teams, led by Caleb Brundidge and Melissa Fisher recently grabbed hold of this and went out to practice raising the dead. Watch this video, hear Melissa share some great testimonies, and be inspired on how you can take reaching out with the gospel to a whole new level!

Mr. Brundidge continues his work with IHF and can be seen here with Hilde Wiemann extolling the benefits of IHF’s workshops on this YouTube video.

And here is a longer one where Mr. Brundidge describes the work of IHF and is labeled as a sexual reorientation coach.
For those seeking assistance with these difficult areas, it is a good practice to ask some questions about the approach and worldview which forms the foundation. Caution about Extreme Prophetic has been urged even by those who are more inclined toward the charismatic persuasion. See this recent article which expresses concern for Christians evaluating what various ministries offer. The article could have been aimed directly at Extreme Prophetic.