Believe it or not, this isn’t in Alabama.
The part of Western Pennsylvania where I live is a conservative place. Republicans outnumber Democrats and Trump did well here. Some people here like Trump so much they put up a flag with his name on it. 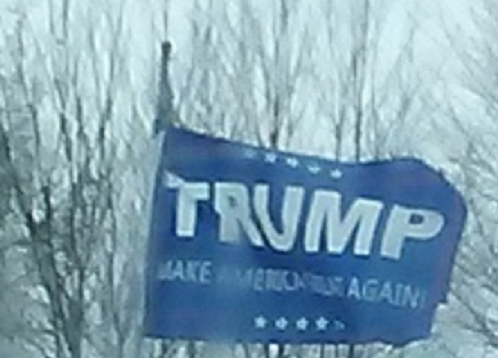 Instead of the American flag which Trump wants everybody to stand for, this Trump supporter has hoisted a banner for a little Trump worship.
As for me, I prefer the good old American flag and place my political hope in the genius of the founders who devised a system which I hope will weather the Trump storm and someday return sanity to the land.