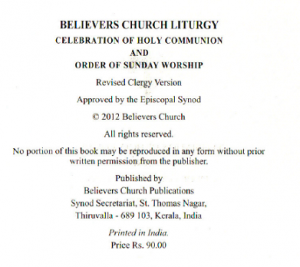 I recently obtained a copy of the Believers’ Church book of liturgy (part one, part two). Recall that Gospel for Asia sent nearly $20 million to Believers’ Church in the fiscal year ending March 31, 2014. GFA’s president and founder, K.P. Yohannan, is the chair of the Believer’s Church trust and serves as the church’s Metropolitan Bishop.
According to former GFA staff, this book guides the priests during the church service and taking of communion. Although I am no expert on Roman Catholic doctrine, the practices seem quite consistent with Catholic (or perhaps Orthodox) teaching and practice. I am posting it to allow readers to decide and evaluate for themselves.
In particular, I was drawn to the liturgy and practices of communion. In the liturgy, the bread and wine are referred to as becoming the body and blood of Christ. The terminology seems much less evangelical and much more Catholic (or Orthodox), appearing to communicate a belief that the elements become the body and blood of Christ. Here are the portions of interest beginning on page 26. 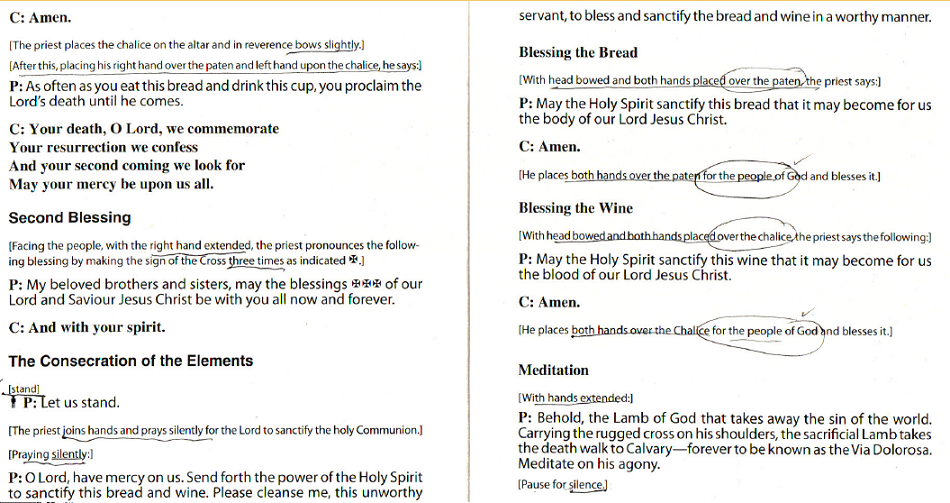 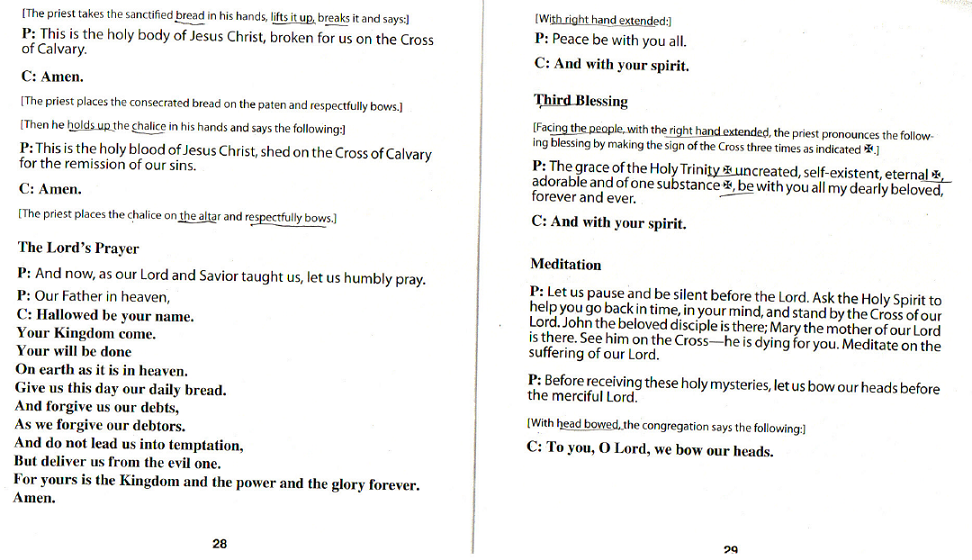 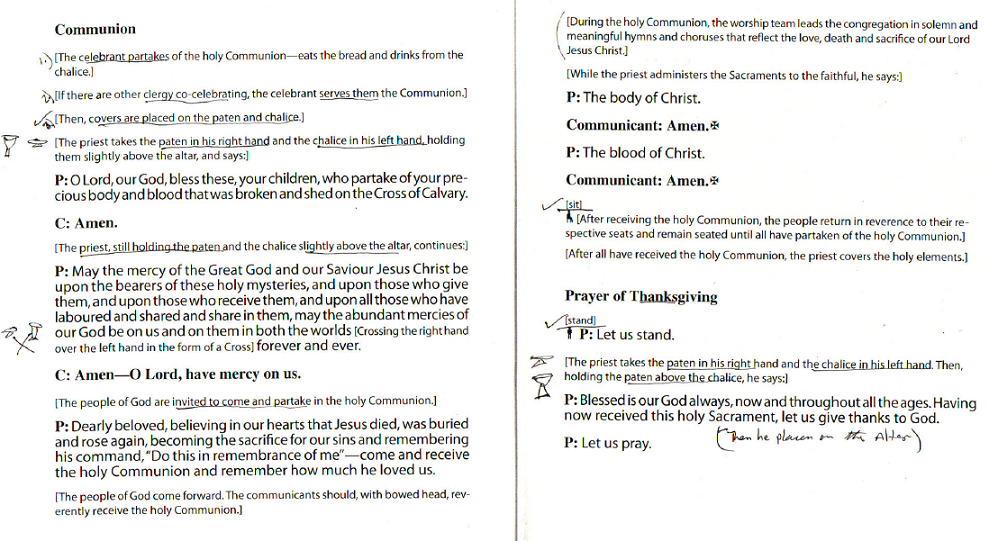 Even though Gospel for Asia and the Believers’ Church claim to be evangelical, this approach to communion seems quite un-evangelical. In addition to the declaration that the bread is the body and the wine is the blood, the priest crosses himself numerous times and the communion is served to the congregation by the priest in a format very unlike evangelical churches. Without passing judgment on the religious merit of this approach to communion, I suspect this narrative and methodology will be a surprise to most evangelicals.
Additional information:
Compare the Catholic prayer regarding the Body and Blood of Christ to the Believers’ Church liturgy. First, from the Roman Missal Eucharistic Prayer 2: 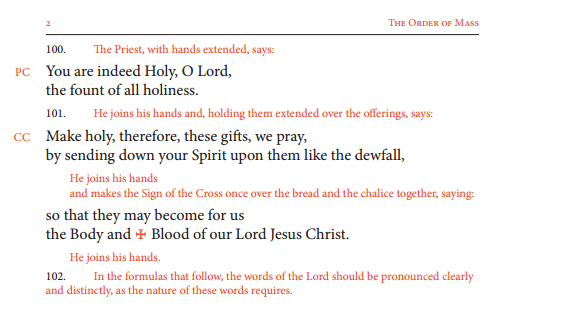 Now the comparable portion from the Believers’ Church liturgy:

According to Richard Willmer, the elements becoming the Body and Blood of Christ “for us” rather than “to us” is a distinctly Catholic formulation as opposed to the Anglican view.  The Believers’ Church wording is very close to the Roman prayer.