UPDATE: Not really a surprise – D’Souza resigns as president of King’s College.

UPDATE 2: Apparently, D’Souza’s current fiancee’ is/was also married as of April, 2012. If you want some more irony, check out her blog at Smart Girl Politics – Give a Guy Enough Rope and He’ll Hang Himself.

Here she complains about the effects of divorce.

I think this is the last thing for awhile. The lovely young lady would be Mrs. Denise Odie Joseph, D’Souza’s fiancee, on her blog asking the musical question… 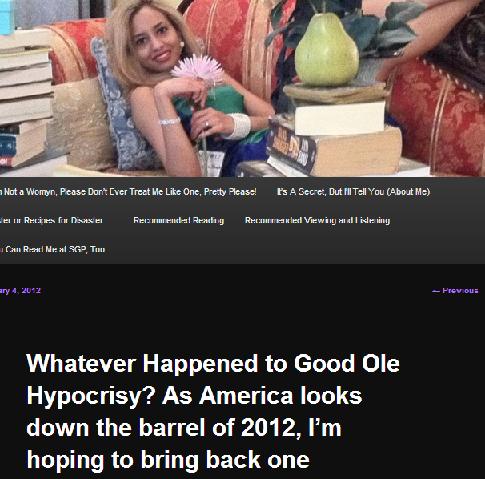 World Magazine reported Tuesday (see link above) that King’s College president Dinesh D’Souza is or was engaged to a woman while still married to his wife. D’Souza who has been a vocal critic of gay marriage has been estranged from his wife for a couple of years according to the World report.

Normally, I would not say much about personal issues but I am very interested to see how evangelical leaders handle this. D’Souza has a very high profile among evangelicals and conservatives as the president of King’s College. His opposition to gay marriage and conservatism on social issues makes his reasoning on his own situation noteworthy. And on that point, consider what he told Fox News yesterday about his relationship with Ms. Denise Joseph:

I sought out advice about whether it is legal to be engaged prior to being divorced and I was informed that it is. Denise and I were trying to do the right thing. I had no idea that it is considered wrong in Christian circles to be engaged prior to being divorced, even though in a state of separation and in divorce proceedings.  Obviously I would not have introduced Denise as my fiancé at a Christian apologetics conference if I had thought or known I was doing something wrong. But as a result of all this, and to avoid even the appearance of impropriety, Denise and I have decided to suspend our engagement.

Consider now that this Bill Clintonesque reasoning comes from the president of an evangelical college. He didn’t know it was wrong? This lacuna in his understanding, if indeed he is sincere, is as disturbing as anything else being reported on this story. I am certainly not inclined to give much weigh to his reasoning on other matters.

Please don’t get me wrong. I am not D’Souza’s judge. But evangelicals are often so quick to judge others while excusing themselves. And then as a group, evangelicals wonder why those outside the fold are skeptical and dismiss our judgments.